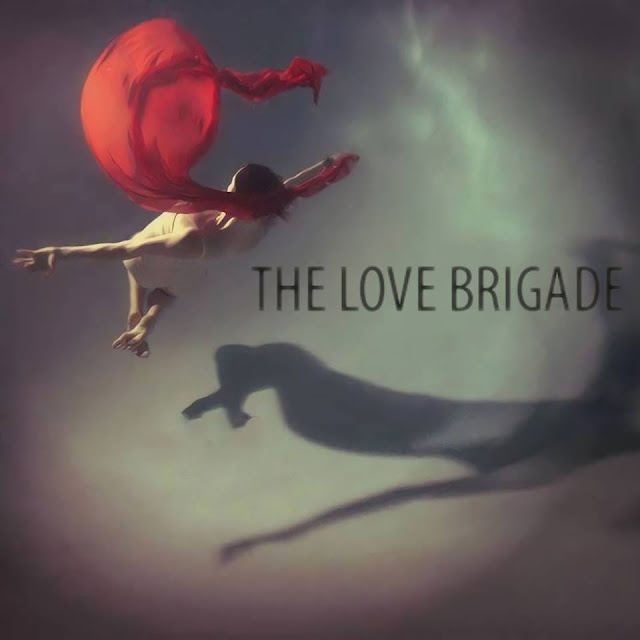 #1,059: Hello ... Hello ... my old friends ... It's great to see you once again! Towards the end of 2015, Jeff Jewett contacted Yours Truly KJS at ELO Beatles Forever (ELOBF) regarding his new musical project The Love Brigade and their then just released self-titled four track EP.

The Love Brigade EP was recorded in both Los Angeles and New York City by this LA based songwriter, multi-instrumentalist and is clearly a recording influenced by Jeff Jewett's love of his [our our] musical hero Jeff Lynne, particularly if you favour the unique production values and that certain sound delivered by the ELO maestro after "Balance Of Power" with artistes such as The Traveling Wilburys, George Harrison, Roy Orbison, Tom Petty and Bryan Adams. This quartet of songs have a natural flow and are replete with familiar Lynnesque traits whilst retaining and presenting the composition and performing talents of this particular Jeff. This is an EP that fans of ELO & Jeff Lynne will enjoy discovering and maybe even rename "The ELOve Brigade" for such are the quite excellent harmonies, chords and drum work found herein. Well worth an asking price of around $5 in the States and a bargain at just under £4 in the UK. Buy it! (9/10)

The Love Brigade EP trax are: "Where We Started" + Honor Among Thieves" + "I Can Be Anything" + "Great Day". The Love Brigade EP was released on Thursday 12th November and can be purchased in download format via these links thus: