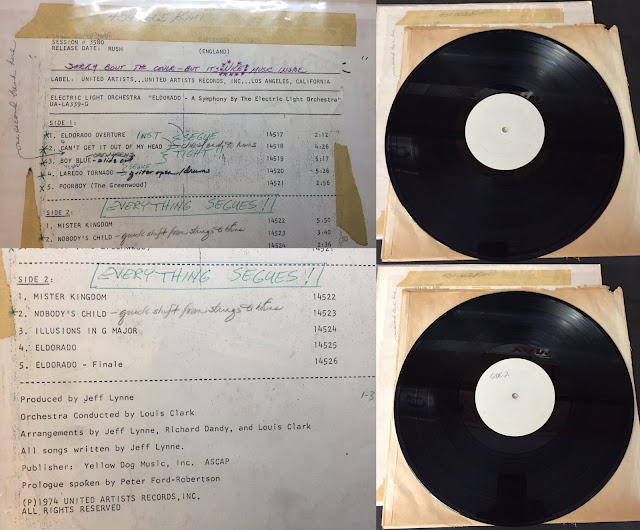 #1,066: Hello ... Hello ... my old friends ... It's great to see you once again! Michael Laine Hildebrandt is not only the maestro behind the fantastic Bubble Gum Orchestra (BGO), he's also a good friend of Yours Truly KJS and ELO Beatles Forever (ELOBF). Michael dropped me a line recently to tell me that he had come across what looks like an extremely rare piece of Electric Light Orchestra (ELO) vinyl history and had obtained it for a tidy sum. 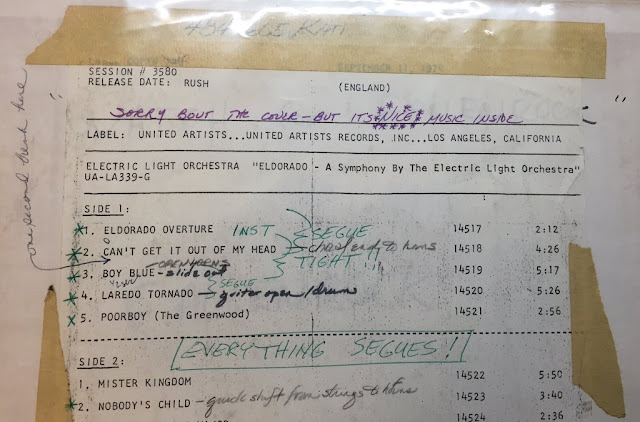 It was part of a larger collection formerly owned by a 69 year old lady from Los Angeles who knew a member of the band and, looking at the sleeve and LP, this looks very much like a rare test pressing for of the US issue of ELO's classic symphonic masterpiece "Eldorado" (#UA-LA339-G), perhaps "RUSH" released for FM radio airplay. Dated 11th September 1974, the plain sleeve contains various interesting annotations such as "EVERYTHING SEGUES!" (in amazement maybe?) and also lists the ASCAP numbers for all original ten trax as well as crediting a certain Richard Dandy! 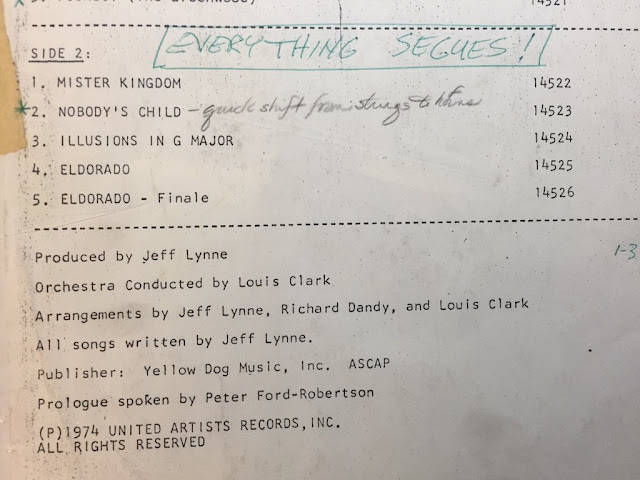 Both MLH and myself feel that this is a significant find and worthy of sharing with fellow ELO fans worldwide. All photos are published with the permission of Michael Laine Hildebrandt. Enjoy!