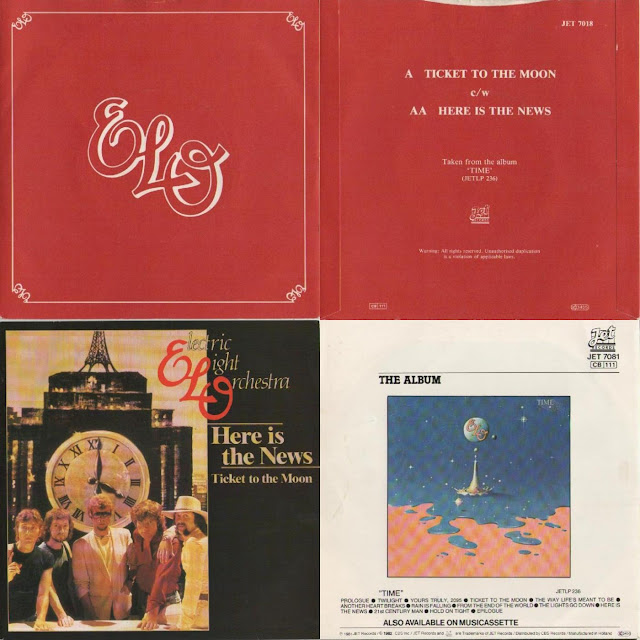 #1,046: Hello ... Hello ... my old friends ... It's great to see you once again! Although it was officially labelled a 'AA' sided single, many ELO fans in the UK remember "Ticket To The Moon" [#JET7018] as the third single from 1981's "Time" album even though it came with "Here Is The News" on the flip side. The single managed to attain a respectable #24 in the Official UK Singles Chart in an eight week chat run. 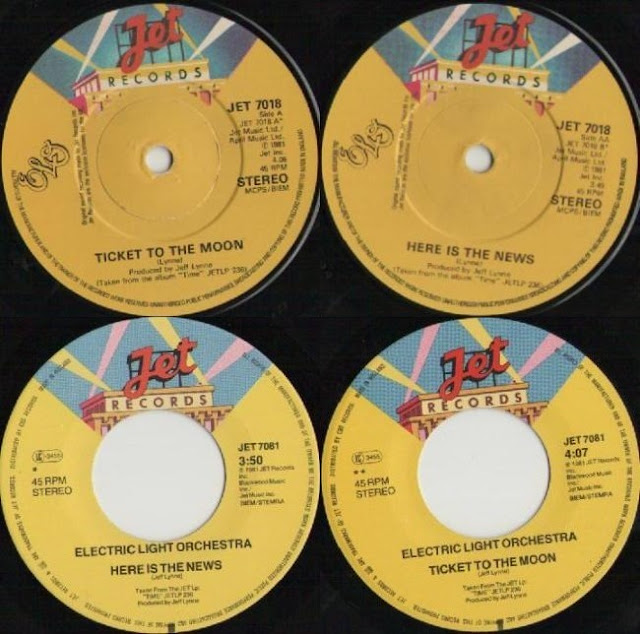 Yet across the English Channel, it was a different case in more ways than one. "Here Is The News" was promoted as the 'A' side and "Ticket To The Moon" cited as the 'B' side with that running order reversal complimented [either deliberately or as an ironic error] by an interesting catalogue number switch too as JET7018 in the UK became JET7081 in Holland!

Hence, "Twilight" b/w "Julie Don't Live Here" was the last ELO single to maintain duality in terms of Jet record number across Europe, especially when one notes that "The Way Life's Meant To Be" [UK: #JET7021] was assigned JET809 on the continent.