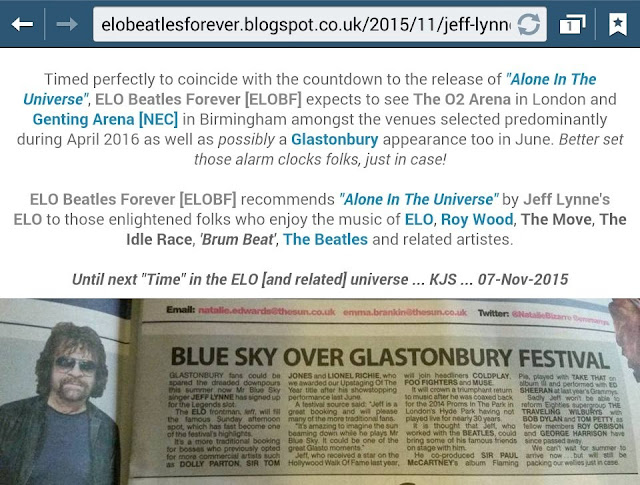 #1,054: Hello ... Hello ... my old friends ... It's great to see you once again! Back on Saturday 7th November last year, ELO Beatles Forever (ELOBF) postulated and prognosticated the potential venues for the then soon to be announced Jeff Lynne's ELO "Alone In The Universe" UK tour (here). Yours Truly KJS also suggested that a Glastonbury date in June might also be on the cards (see above). This became much more of a probability when the two additional EJLO dates at Manchester Arena and Birmingham's Barclaycard Arena were announced for 22nd and 24th June. 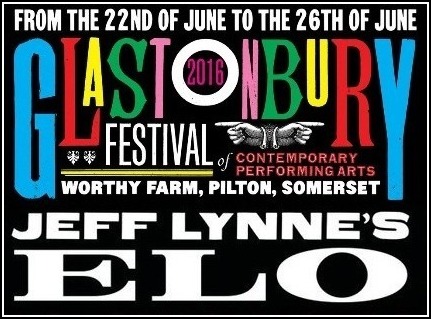 It now appears that the cat is out of the proverbial bag with The Sun carrying a story today (Sunday 31st January) seemingly confirming that we can expect the music of ELO to finally grace the Glastonbury stage on Sunday 26th June. Happy days indeed just as long as "Mr. Blue Sky" pays a visit and those assembled are not left "Standin' In The Rain" ...