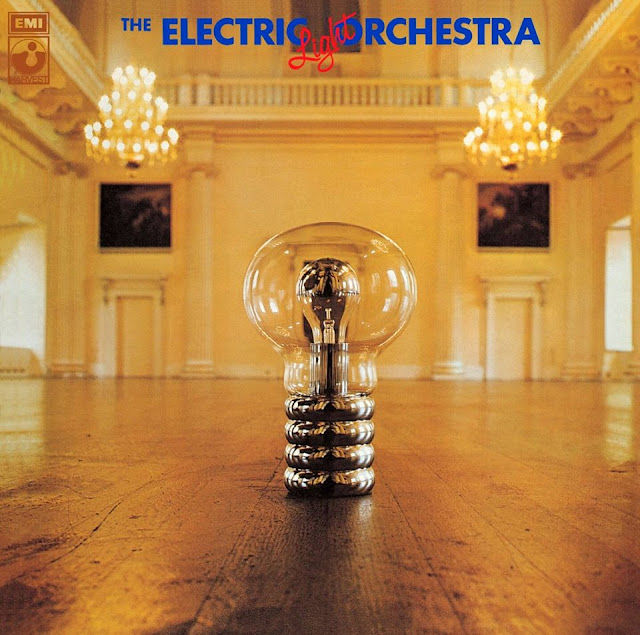 #1,021: Hello ... Hello ... my old friends ... It's great to see you once again! Today (Thursday 3rd December) is the 44th anniversary of the official UK debut of that first ELO album back in 1971. The eponymously entitled gatefold album "The Electric Light Orchestra" was released via Harvest Records (catalogue number #SHVL797) when Yours Truly KJS was a little over four years of age! Little did I know what influence this record and group would come to have on me until after I bought my first record "Turn To Stone" at the tender age of ten years old in November 1977. ELO #1 went on to attain a respectable #32 in the Official UK Album Chart upon release and was famously renamed "No Answer" in the United States due to a secretarial misunderstanding at United Artists Records before reaching #196 on the US Billboard 200 in early 1972. "The Electric Light Orchestra" (of course) contained the track "10538 Overture" (#HAR5053), which gave the ELO a welcome UK Top 10 hit single at the first attempt, reaching #9 in late August 1972.

The album was reissued in 1984 on EMI's then budget label Fame (#FA3084) with an expanded and enhanced edition following in 2001 as part of the "First Light" series. Every track has been released countless times on the very many EMI compilations released since with "The Light Shines On" in 1977, "The Light Shines On Volume 2" in 1979 and "First Movement" in 1986 leading the way. Most ELO fans are eternally familiar with these nine tracks:

Some folks ignore the early ELO albums having become fans at ELO's commercial peak or at a later phase in the bands history forgetting perhaps that this record outperformed five other ELO studio albums chart wise in the UK - including "Eldorado", "Face The Music" and "Zoom". One other interesting thought: thanks to a certain track on this LP, I'll never forget the date of a certain battle!