Alone In The Universe Set Fair for Top Five 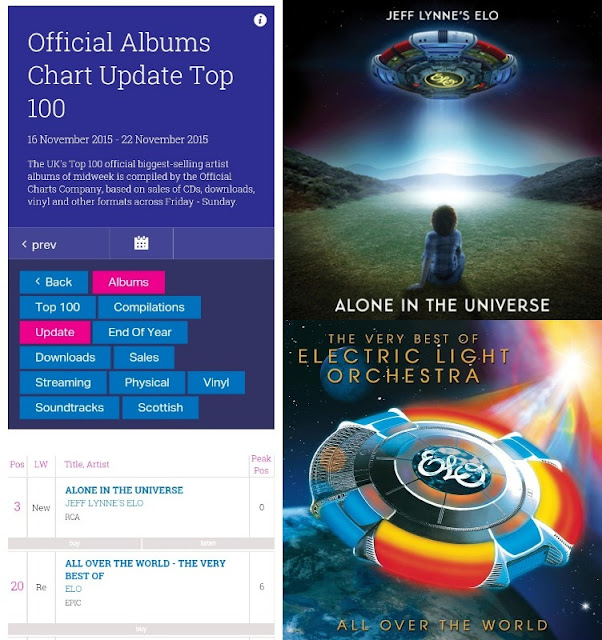 #1,010: Hello ... Hello ... my old friends ... It's great to see you once again! New Jeff Lynne's ELO album "Alone In The Universe" has entered the Official UK Midweek Album Chart at #3 and is currently on course to attain ELO's best UK Album Chart position since "Secret Messages" attained #4 in 1983.

It looks like intensive promotion campaign of interviews and live performances has paid dividends for the ELO maestro as well as inspiring the addition of three extra dates for the much anticipated "Alone In The Universe" UK tour next April. We look forward to AITU consolidating its hard won position when the full album chart is formally announced at 5:45PM on Friday 20th November.

Also of cheer to ELO fans will be the news that the best-selling 2005 compilation "All Over The World" has re-entered the album chart at #20 ensuring double chart delight for Jeff Lynne!