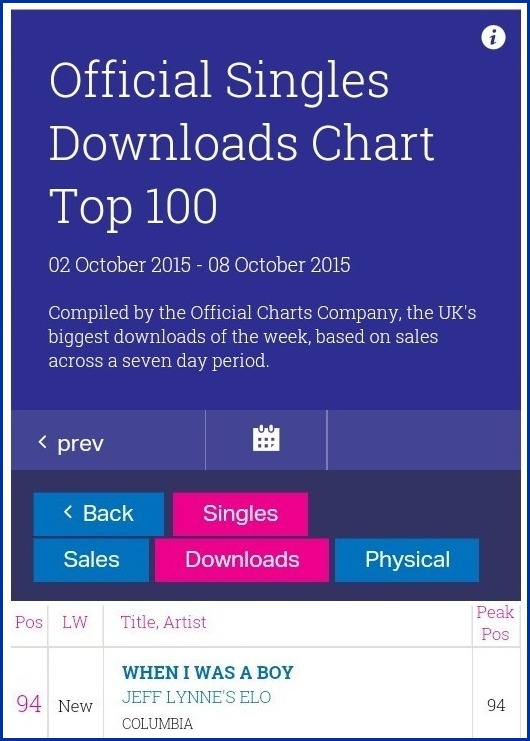 #984: Hello ... Hello ... my old friends ... It's great to see you once again! The new Jeff Lynne's ELO single "When I Was A Boy" was a new entry in this weeks Official UK Singles Downloads Chart entering at a modest #94. This was a somewhat lowly position given the fact that both YouTube videos (Lyric and Audio) over at ELOVEVO have amassed well over 420,000 views in just over a week and the song was listed much higher in the iTunes and amazon sales rankings.

This is perhaps a symptom of the modern music industry where many folks simply will not pay for (new) music if they can view or obtain it for free. On the other hand, it may well be that ELO fans have opted instead to pre-order and wait for the new album "Alone In The Universe" to arrive next month. Another factor could be that iTunes and amazon downloads are not as significant a contribution to overall sales figures as one might think.

It will be interesting to see where "When I Was A Boy" lies in the chart next week after (hopefully) another week of increasing nationwide airplay ...