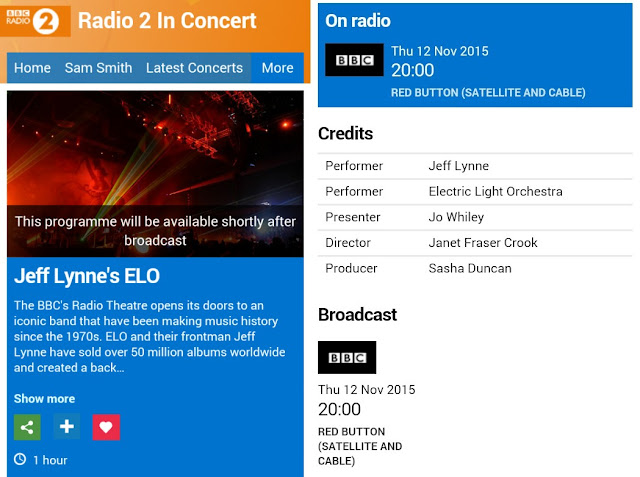 #1,000: Hello ... Hello ... my old friends ... It's great to see you once again! Fans of Jeff Lynne's ELO will get the opportunity to tune in and hear the old and the new during a one hour BBC Radio 2 broadcast on Thursday 12th November. BBC Radio Theatre will present the concert between 8PM and 9PM on the eve of what will be the worldwide album release of "Alone In The Universe" thus:

"The BBC's Radio Theatre opens its doors to an iconic band that have been making music history since the 1970s. ELO and their frontman Jeff Lynne have sold over 50 million albums worldwide and created a back catalogue of chart-topping hits that include Mr Blue Sky, Telephone Line, Livin' Thing and Strange Magic. Jeff Lynne's ELO play his classic tracks along with some new songs from their first album of new material in almost 15 years, Alone in the Universe, to an intimate crowd of fans. Known as one of the most iconic forces in music history, ELO delivers the new album, Jeff Lynne's ELO Alone in the Universe , which will be the first new ELO music in a decade. As with ELO's previous chart-topping albums, Jeff Lynne continues to serve as ELO's producer, songwriter, arranger, lead singer and guitarist. Jeff Lynne was the creative genius behind ELO which sold more than 50 million albums worldwide, had more than 20 Top 40 Hits across the US and the UK and received countless awards and accolades. At the time of ELO's formation, Lynne had said the goal was to create modern rock and pop songs - a goal that remains true some 30 years later with the creation of this new material." 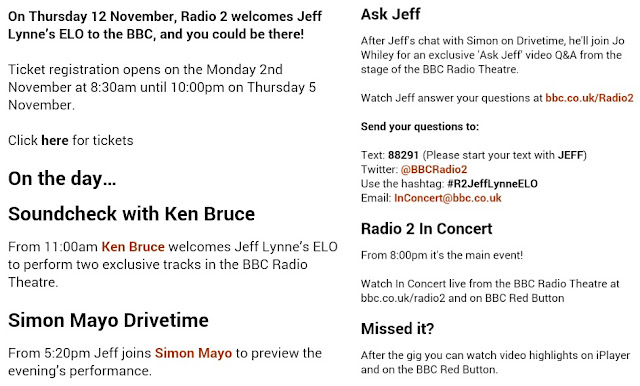