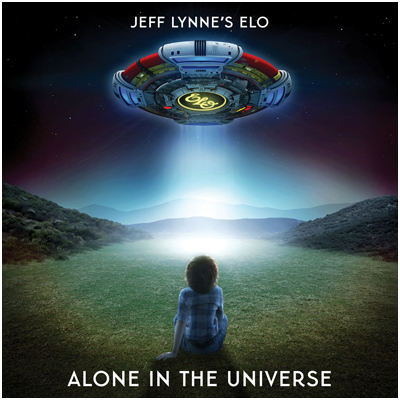 The new track is full of those familiar and loved Jeff Lynne trademark melodies, sentimental if not moving lyrics and the trademark production values of the ELO maestro. For Yours Truly KJS, it's another nod to the "Long Wave" days of his boyhood and a homage to the late, great John Lennon.

New single "When I Was A Boy" (you can listen to it here too) is released tomorrow Friday 25th September with "Alone In The Universe" also available to pre-order in download, CD and 180g vinyl formats from the same date via these links thus:

Standard Blu-Spec CD2: www.cdjapan.co.jp/product/SICP-30891
Limited Edition Blu-Spec CD2: www.cdjapan.co.jp/product/SICP-30890
The popular breakfast show experienced a significant surge in listener numbers in anticipation of hearing the new track this morning. The DJ also revealed that said new LP will be released soon (confirmed later as Friday 13th November) via, of course, Columbia Records. The erstwhile One Show presenter also stated that we may even see Jeff Lynne's ELO live performances before Christmas and, of course, during Spring 2016! (Ed.)

In the meantime, don't forget that Jeff will be a guest on The Chris Evans Breakfast Show tomorrow morning - Friday 25th September - between 6:30AM and 9:30AM thus: