Review: A Selection Of British Sea Songs (Cult of Wedge) 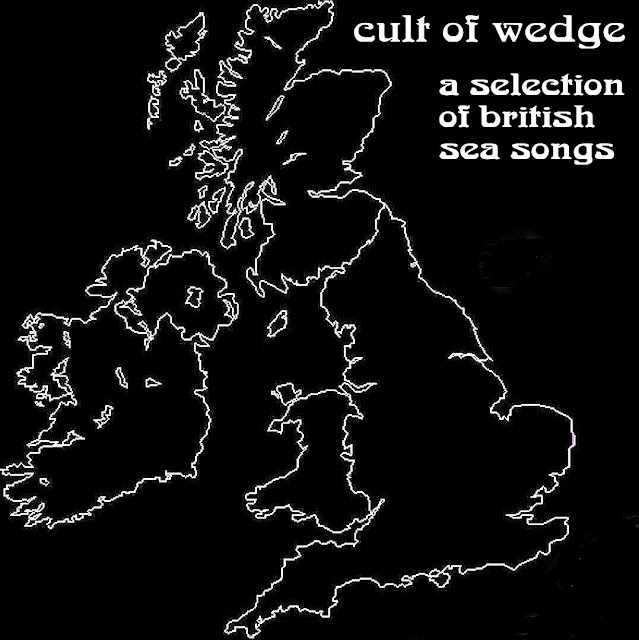 #959: Hello ... Hello ... my old friends ... It's great to see you once again! Pete Hackett is Cult of Wedge and this exceptionally talented singer, songwriter and multi-instrumentalist has just completed his fifth album, another collection of self penned local classics. With an album entitled "A Selection Of British Sea Songs", don't expect a modern take on classic sea shanties!


Considering that this album is the labour of love of one man, self-funded and completely bearing his own unique musical footprint, it is immensely impressive. The man from Rowley Regis has delivered a ten track opus that - in the opinion of this writer - is his most accessible yet with elements that appeal to not only fans of the likes of ELO, Roy Wood and 10cc but also those folks who enjoy progressive rock and power pop combined with lyrics addressing sentimental recollection, social critique and quirky humour.

"Growing up is overrated,
So disappointing amd complicated ..."

Whilst "Ban The Bomb" and "Cashier Number Four" bear the unmistakeable musical influence of Jeff Lynne, "Indiana Bones" could easily be a homage to Manchester's finest: 10cc. The fond recollections and acoustic feel of "The Ghosts From The Grammar Banks" as well as "You And Me In The Summertime" add a nice balance to a thoughtful set. Any rock song that includes the lyrics "We formed a band and now it's a vendetta" and is a timely reminder of the sometimes vicious aftertaste that follows the internal politics and outward disintegration of certain well loved bands and it's a somewhat poignant inclusion followed, as it is, by the magnificent eight (8) minute long prog rock title track. Yours Truly KJS is proud to review and recommend the work of this talented local artiste. "A Selection Of British Sea Songs" is well worth its asking price and a valuable addition to any music collection. (9/10)

"A Selection Of British Sea Songs" by Cult of Wedge is released on Friday 28th August and will be available to purchase from Bandcamp for just £6 via this link thus:

ELO Beatles Forever (ELOBF) recommends "A Selection Of British Sea Songs" by Cult of Wedge to those enlightened folks who enjoy the music of ELO/Jeff Lynne, Roy Wood, The Move, The Idle Race, 'Brum Beat', The Beatles and related artistes.