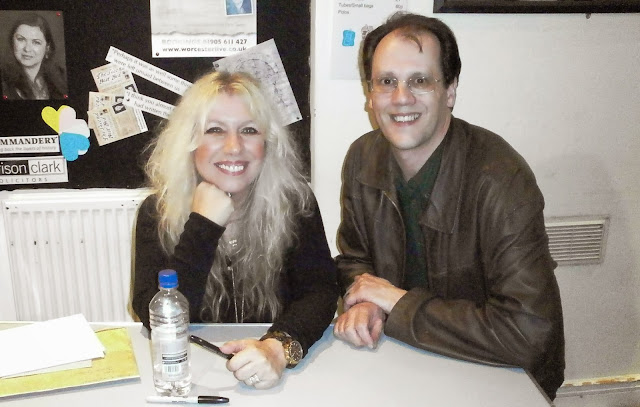 #954: Hello ... Hello ... my old friends ... It's great to see you once again! This is #2 in a series of ELOBF specials. One of my fave artistes - asides from my (obvious) love of all things ELO - is the fantastically talented songstress and musician Judie Tzuke. Back in January 2012, Judie told Yours Truly KJS what her favourite songs by ELO and The Beatles were thus:

KJS: "What would be your favourite Beatles track and why?
Judie: "Of course ... "Hey Jude" because it's my name and I loved it and The Beatles ... I always felt it was written for me as a child but obviously I know now it wasn't ... But I sang it anyway!"

KJS: "Do you also have a fave ELO track? ... and maybe a reason for that too?"
Judie: "Well! I do remember buying: "Evil Woman" and playing it over and over. Probably a bit of hairbrush miming and dancing on the bed went on too at that time! No particular reason but that it was a memorable time in my life ... but I didn't think that this song was written for me!"