Do Ya: Jeff Lynne Partakes in New Pugwash Album

#934: Hello ... Hello ... my old friends ... It's great to see you once again! Followers of ELO Beatles Forever [ELOBF] recommended Irish power pop quartet Pugwash and fans of Jeff Lynne will be thrilled and pleased as punch to know that their new album "Play This Intimately [As If Among Friends]" features brief vocal input from the ELO maestro on its opening track "Kicking And Screaming" where Jeff shouts a certain modified line from The Move's original version of "Do Ya" at approximately 2:45 into the track. "Kicking And Screaming" can be accessed via SoundCloud within this excellent article thus:


Their successful Pugwash Pledge Music campaign significantly exceeded its funding goal to ensure that what looks to be one of the album highlights of 2015 was recorded, mixed and packaged ready for release, first to their fans and then "All Over The World". The much anticipated new Pugwash album also includes - rather amazingly - the contributions of Ray Davies [The Kinks], Andy Partridge [XTC] and Neil Hannon [The Divine Comedy, The Duckworth Lewis Method] and will be issued by the legendary Omnivore Recordings - the same label who brought you "A Rose In A Garden Of Weeds: A Preamble Through The History Of Pugwash" last year.
The band showcased four [4] new songs from the album to rave reviews during their recent UK tour back in May. Check out this ELOBF review of their amazing gig at Frome via this link thus:

"Play This Intimately [As If Among Friends]" by Pugwash will be released in CD, vinyl and download formats on Friday 4th September. ELOBF understands that a limited quantity of the LP edition will also be pressed in red vinyl too! 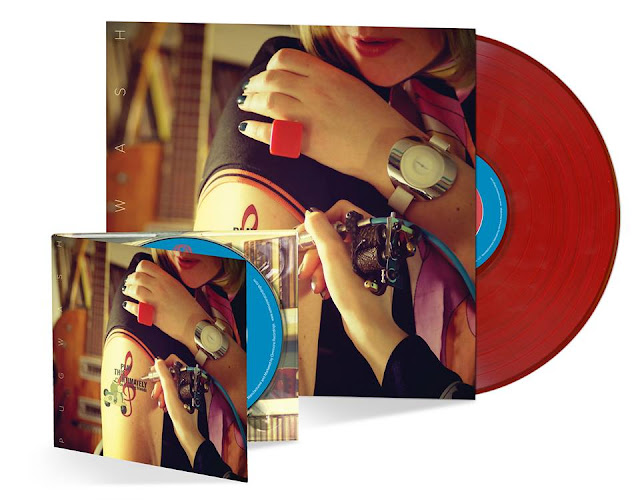 ELO Beatles Forever [ELOBF] recommends "Play This Intimately [As If Among Friends]" by Pugwash to those enlightened folks who enjoy the music of ELO, Jeff Lynne, Roy Wood, The Move, The Idle Race, 'Brum Beat', The Beatles and related artistes.