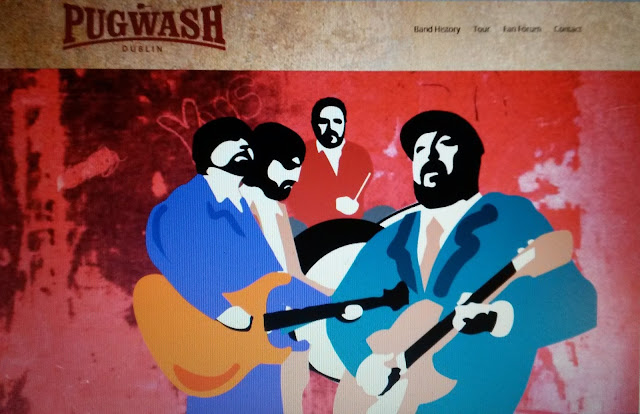 #941: Hello ... Hello ... my old friends ... It's great to see you once again! ELO Beatles Forever [ELOBF] recommended Irish foursome Pugwash have launched a brand new web site, just in "Time" for the release of their much anticipated new long player "Play This Intimately [As If Among Friends]" thus:

The twelve  song album, funded by their successful Pugwash Pledge Music campaign also features Jeff Lynne [briefly!], Ray Davies, Andy Partridge, Neil Hannon [and not a few others] and is due for release by the legendary Omnivore Recordings label on Friday 4th September in download and CD formats as well as in a rather attractive limited edition translucent red vinyl edition. These links will whet your appetite for the new Pugwash album and [hopefully] prompt you to invest in it accordingly, wherever you may reside thus:

ELO Beatles Forever [ELOBF] recommends "Play This Intimately [As If Among Friends]" by Pugwash to those enlightened folks who enjoy the music of ELO, Jeff Lynne, Roy Wood, The Move, The Idle Race, 'Brum Beat', The Beatles and related artistes.