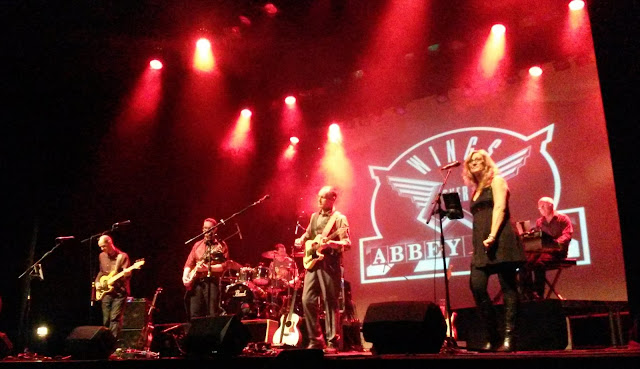 #932: Hello ... Hello ... my old friends ... It's great to see you once again! This was my second Wings Over Abbey Road gig following on from their triumphant debut at Bridgnorth back in March. Hence, a trip to see this rather unique Beatlesque sextet step up a gear with their first gig at the larger and wonderful Garrick Theatre in Lichfield, Staffordshire on the evening of Saturday 27th June was eagerly anticipated and totally justified.

The Abbey Road Experience are now Wings Over Abbey Road so that they bring the more accessible and familiar jewels of what - in my personal opinion is the best Beatles album - to the live stage together with an inspired selection of more Fab Four classics and highlights of Paul McCartney's post-Beatles career, specifically with Wings. And this they more than accomplished in front of a sizeable audience last night as, once again, the wonderful Abbey Road Medley was performed perfectly together with the delightful "My Love", "Maybe I'm Amazed", "Yesterday" and "Something". Once again the crisp, clear vocals of Chris Brighton and Mike Tinsley were coupled with those of Debbie Lee-Richardson to deliver some lovely vocal harmonies throughout the concert whilst Nick Mellor once again excelled with his superb guitar craft, especially [again!] during "While My Guitar Gently Weeps". The precise percussion of Darren Ashford and concise keyboard contribution of Colin Noon ensured that Wings classic "Silly Love Songs" was one of the many other highlights during a most enjoyable evening. Their next scheduled gig - a twin headliner with The Rollin Stones - will be at Conkers in Swadlincote, Derbyshire on Saturday 18th July 2015. My tip? Go see 'em! 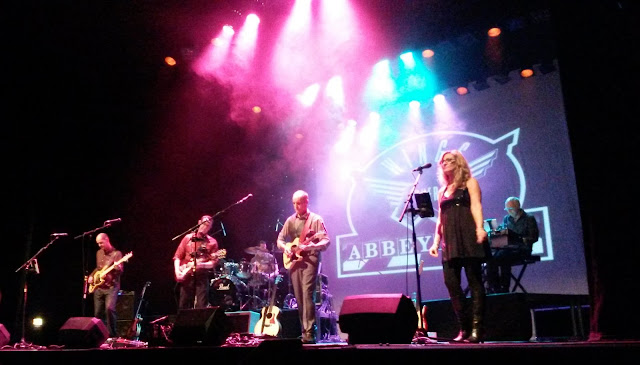 Find out what Wings Over Abbey Road are up to via these links thus: