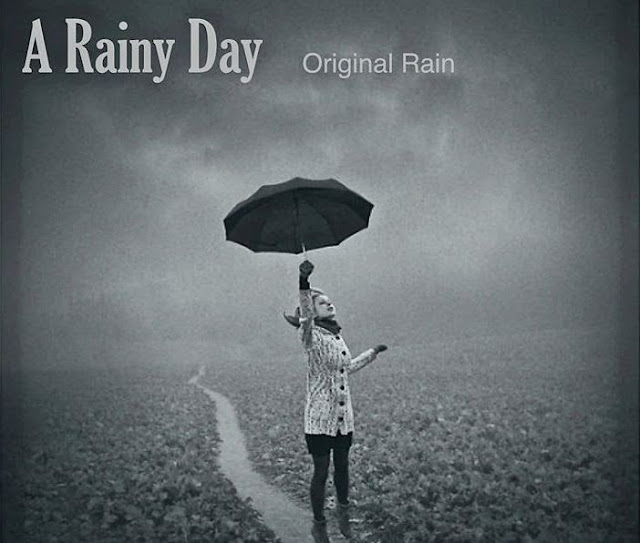 #911: Hello ... Hello ... my old friends ... It's great to see you once again! Back in 1979, when ELO were at their commercial peak, a group named Rain entered the studio to record an album of original compositions. Rain had been around since 1975, a band who played a mixture of original songs and Beatles covers in and around Los Angeles with not an insignificant fan following. Their reputation was such that producer Dick Clark hired Rain to record the entire soundtrack for his film "The Birth of The Beatles" that very year. Thereafter, Rain underwent major personnel changes with nearly all founding members departing before they morphed into Rain: A Tribute to The Beatles, a successful touring Beatles tribute band.

Fast forwarding to 2015, co-founders Ed Lineberry and Chuck Coffey have been inspired to finally unveil that very original Rain album, recorded some thirty six [36] years ago and never formally released, firstly via reverbnation.com and then in CD and [hopefully] vinyl format too. "A Rainy Day" by Original Rain features nine [9] original songs that not only ooze the influence of The Beatles, but also the "son of Beatles" - namely ELO. 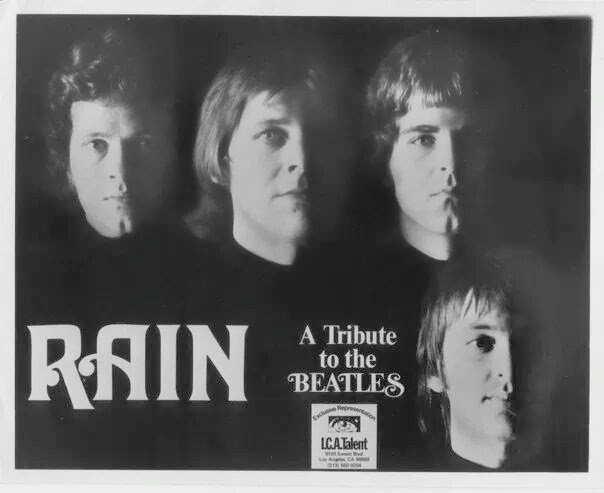 The record opens with familiar ELO themes of rain, the sound of a radio searching for a friendly station and the sublime strings of "A Rainy Day" - a real fusion of ELO and Beatles if ever there were one. "Inside Your Love" is another Beatlesque song [as they all are] and clearly shows why this band performed the aforementioned OST so effectively. But there is more to this record than a band trying to copy The Fab Four, with "I'm Sorry" and "More Than A Friend" ably demonstrating the originality of Original Rain with added Lennonesque vocals - a common theme throughout. Having said that, "She/Crazy Horse" has a McCartney and Wings feel to balance things out with the nine [9] song opus underpinned by production values that Jeff Lynne would have approved of back in those heady days of '79.

I like the vocal harmonies, the strings, the loving extension of The Beatles influence and the clear nods to ELO that are to be found within this record. In many ways, "A Rainy Day" is not unlike a time capsule presentation of a band who should have been successful in their own right but for the undoubted shortsightedness of record labels at the time who could not see past their Beatles footprint.

Fans of both ELO and The Beatles [collectively and individually] will love this long overdue release. For me, the album opener and finale are highlights but the tracks in between are so inventive and so fresh that choosing a favourite is difficult if not impossible. So, when "A Rainy Day" does come along, I suggest you get soaked and drink it in. [9.5/10]

"A Rainy Day" by Original Rain will be available to order in CD and/or vinyl format soon but in the meantime you can listen to this excellent album at reverbnation.com or purchase it from iTunes, amazon.com or amazon.co.uk via these links thus: