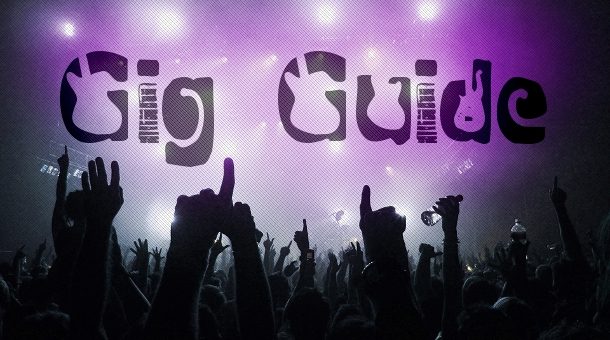 #909: Hello ... Hello ... my old friends ... It's great to see you once again! Summer into Autumn 2015 sees the latest ELOBF Quarterly Gig Guide again filled with some great gigs! Here are some selected dates and general links (with more to follow when confirmed) for you to consider checking out during between Wednesday 1st July and Wednesday 30th September (Q3) thus:

Friday 24th July
The Trembling Wilburys @ The Roadhouse, Birmingham
Tickets: from £7 each (*plus booking fee)
www.theroadhousebirmingham.com/?q=node/977

Jasper Carrott and Bev Bevan will again be joined on stage by Geoff Turton, Joy Strachan-Brain and The Bev Bevan Band featuring Tony Kelsey, Phil Tree and Abby Brant between Friday 1st May and Saturday 28th November for "Stand Up & Rock!", their acclaimed theatre show featuring superb music and hilarious comedy. Find out where to see the show via the official tour website: www.brianyeates.co.uk/Stand-Up-Rock

Jeff Lynne
After a stint with classic Birmingham bands The Idle Race and The Move, Jeff Lynne co-founded The Electric Light Orchestra in 1971, one of the most successful groups of the seventies and eighties. Multiple hit singles and best selling albums followed making Jeff's anthemic ELO songs some of the most loved and recognisable of the last four decades. Jeff went on to a successful solo career and worked with many of his musical heroes including Brian Wilson, Paul McCartney, Del Shannon and The Everly Brothers. He also found time to co-found the ultimate 'supergroup' in The Traveling Wilburys, who included pals Tom Petty, Bob Dylan, George Harrison and Roy Orbison in their ranks. Find out what the driving force and creative mind behind ELO is currently up to via his official website thus: www.elo.biz

Roy Wood
The co-founder of The Move and ELO and the founder of Wizzard, The Helicopters et al will (hopefully) be on the road again during 2015! Find out where to see Roy via his official website thus: www.roywood.co.uk

Quill
Legendary Midlands Celtic-tinged rockers Quill, led by the incomparable Joy Strachan-Brain, have built up an impressive live reputation over a four decade span and now feature Bev Bevan and Tony Kelsey in their ranks. Find out where to see them via their official website thus: www.quilluk.com

The Trevor Burton Band
Trevor Burton will be performing regularly at various venues in the Midlands with Pez Connor, Bill Jefferson and (occasionally) Tony Kelsey and Abby Brant. Find out where on their website thus: www.thetrevorburtonband.co.uk/gigs

The ELO Experience
This fantastic Hull based ELO tribute band deservedly won the National UK Tribute Awards in 2013 and they continue to faithfully reproduce classic Electric Light Orchestra hits (and more) live. Find out where to see them via their official website thus: www.elotribute.com/giglist

ELO Again
This South Wales based ELO tribute act are now spreading their wings across the UK to faithfully recreate live those ELO hits we all know and love. Find out where to see them via their official website thus: www.eloagain.co.uk/tour-dates

Explosive Light Orchestra (ExpLO)
Not only an ELO tribute act but also Symphonika - an original, independent artiste in their own right - the Explosive Light Orchestra have reproduced the exciting works of ELO at packed theatres and live music venues all around Europe. Find out where to see them via their official website thus: www.elotributeband.com/Live_Dates

All of the above artistes and shows are endorsed and recommended by ELO Beatles Forever (ELOBF). The above gig listing may be amended periodically, as applicable. Interviews with some of the above artistes are also planned by KJS@ELOBF.
Until next "Time" in the ELO (and related) Universe ... KJS ... 18-May-2015
Posted by Keith J Sinclair at 12:40