#917: Hello ... Hello ... my old friends ... It's great to see you once again! Gigs starring Pugwash gigs in the UK are not all that frequent and often they occur in unusual corners of the country. But they are certainly not to be missed. Believe it or not, this was my first full Pugwash gig and it involved a 250 mile round trip from Wolverhampton to see this genial Dublin based band perform at the charming Westway Cinema in Frome, Somerset last night (Saturday 30th May).

Thomas Walsh has emulated his hero Jeff Lynne in many ways as he has unveiled song after classy song via this, his significantly underrated Pugwash outfit. And their beautifully balanced if not hugely entertaining two hour set last night more than ably demonstrated that as they delivered old songs, new songs, sublime covers and even managed constructed a brand new, very catchy and unforgettable ditty there and then! 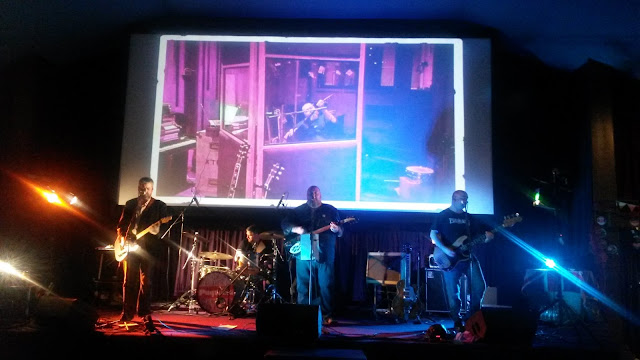 This concert had it all. Audience banter, a surprise guest, a heckle, some wonderful improvisation, four songs from the new Pugwash album "Play This Intimately (As If Among Friends)" (due out in September - with pledges still being accepted), a wonderful sonic journey through the Pugwash classics that we all know and love and their live interpretation of a number of interesting selections! The set list [see below] really says it all as the formidable foursome began in Abba mode before going on to cover The Bluetones, The Beatles and Stackridge in amongst their supremely crafted power pop jewels including "Take Me Away", "Apples", "Here", "Monorail", "Fall Down", "It's Nice To Be Nice" and "Fall Down". The hilarious creation of "Comedy Endings" resonated throughout the evening with the quartet of tracks from the new album fitting in perfectly.

Of those newly aired songs, "Hung Myself Out To Dry" and the wonderful "A Fool I Had Become" really caught the attention, further fuelling the anticipation of the fans. I loved the Mutter Slater cameo with "Dora The Female Explorer" and the live 'debut' of "Monorail". It was that good a gig that I can honestly say that I had no faves because they all were! A special mention is also due for the management and staff at the Westway Cinema, who were helpful, friendly and more than obliging. My return home at 4AM in the morning was more than justified. Roll on those "First Days of September" ... 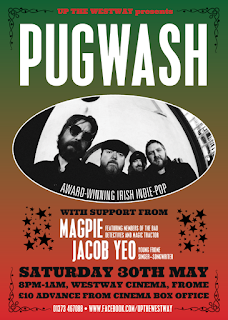 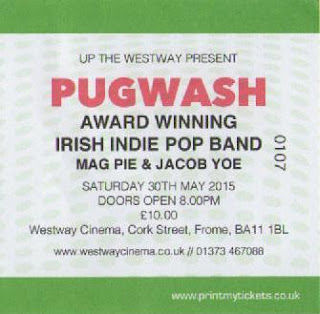