On the Fourth Play: The Secret Messages Singles 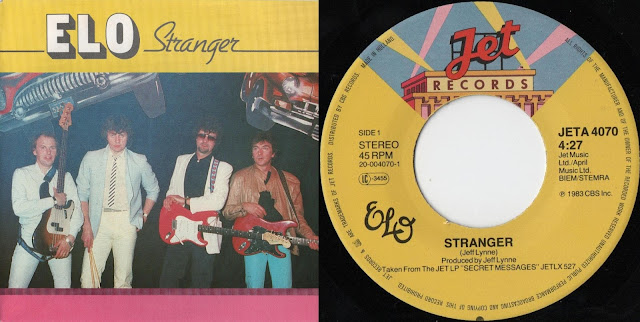 #894: Hello ... Hello ... my old friends ... It's great to see you once again! The advancement of ELO's worldwide commercial success was typified by the three singles being released from "Face The Music" and "A New World Record" being increased to the four singles that were each taken from "Out Of The Blue", "Discovery", "Xanadu" and "Time". It therefore came (sadly) as no surprise that as ELO's chart fortunes waned (as did those of Jet Records) as the eighties progressed, fans saw just three singles taken from both "Secret Messages" and "Balance Of Power". 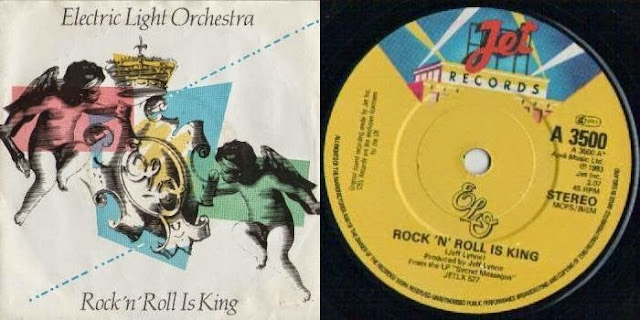 Back in 1983, as a 15 year old ELO mad teenager still reeling from the fact that "The Way Life's Meant To Be" (#JET7021) had not only failed to crack the Top 75 in early '82 but also that "Secret Messages" (#A3720) and "Four Little Diamonds" (#A3869) had also failed to make the UK Top 40 Singles chart after "Rock 'n' Roll Is King" (#A3500) had attained #13, I remember still anticipating a fourth UK single from "Secret Messages" - little knowing that it should have been a double album and having heard (somewhere!) that "Bluebird" was to be the fourth UK single. 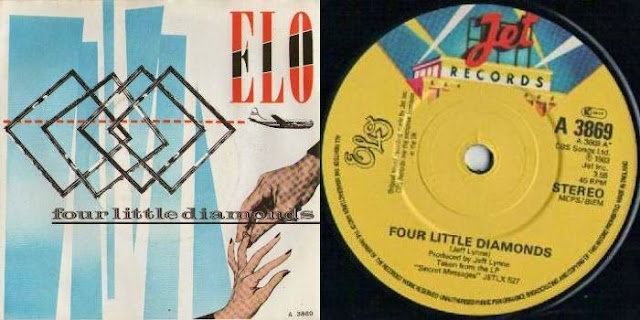 But it never happened. I didn't know until much later that "Stranger" had been released as a fourth single in Holland (as it had been in the United States as a third single) and have spent a number of years trying to obtain a decent copy of JETA4070 with its sleeve - based around a great photo still from the "Rock 'n' Rock Is King" music video featuring Jeff Lynne, Bev Bevan, Richard Tandy and Kelly Groucutt (who would have been an ex-member of ELO when "Stranger" was released) - until last week when I finally purchased a mint condition copy from Disc Covery Records in Accrington, Lancashire. 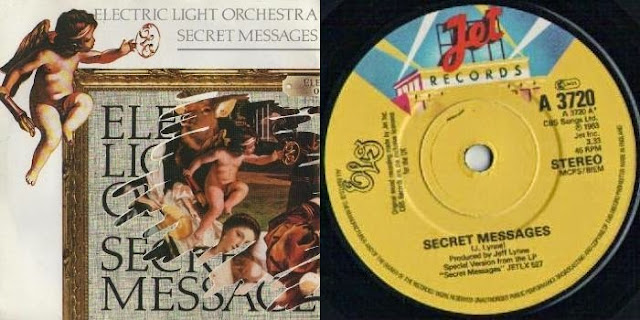 Having always had a fascination about "Secret Messages" and, of course, later "Beatles Forever" - the acquisition of my Dutch copy of "Stranger" - backed by "Train Of Gold" - means that I have closed the proverbial loop and can fully envisage what might have been if there had been a fourth single from "Secret Messages" playing in the UK back in the day. Now we can again concentrate on that 2LP release of #JETDP402 ...