#892: Hello ... Hello ... my old friends ... It's great to see you once again! Two days ago, ELO Beatles Forever (ELOBF) published an article entitled Croydon Confusion: The Live Debut of ELO which reminded readers of the 43rd anniversary of the very first ELO gig on Sunday 16th April 1972 in Croydon whilst trying also to clarify exactly where that initial concert was played. 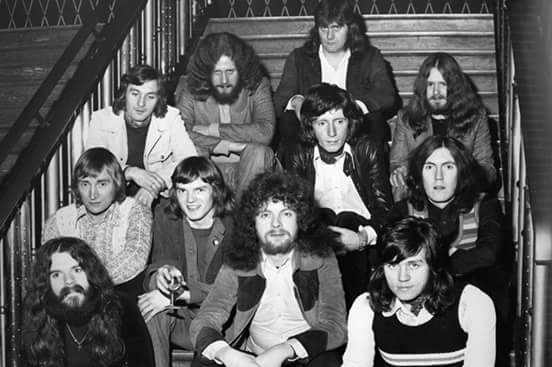 But little did I realize at the time that one of my acquaintances was one of the few paying punters in The Greyhound that night! I'm pleased to announce that James Harris has kindly given ELOBF permission to publish his amazing memories from the live debut of The Electric Light Orchestra (ELO) thus:
"The day was Sunday 16th April 1972. Easter was early in 1972, falling on 2nd April. I had travelled from my home in Birmingham to Croydon to see what would become one of the greatest Rock bands of all time. The Greyhound [sometimes also known as The Fox at The Greyhound] was situated in Park Lane, Croydon and was literally just a stones throw from that other well known musical venue, The Fairfield Halls.
The gig was to promote the release of the first ELO album, released on 3rd December 1971 and also my birthday! I was literally 'over the moon' to find out that they had decided to release their first album on my birthday (it was also released in the US as "No Answer" in January 1972).
Being a 'Brum Beat' and local Birmingham band supporter, I had listened to the album continuously. Mostly re-playing "10538 Overture", "Mr. Radio", "Look At Me Now" and the almost hymnal "Whisper In The Night". I remember my parents and friends asking "What the hell is that noise?" and when I explained who and what it was, they would just say "Oh!". There wasn't much difference between ELO and orchestral or big band music and it was all very experimental to say the least. The radio stations hadn't given it much airplay and record reviews were very thin on the ground with any that were available giving very differing views from mediocre to different. It didn't look very promising but, I soldiered on! 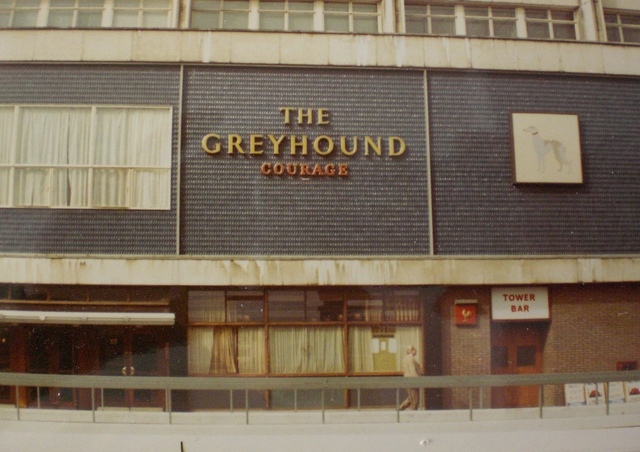 The hall appeared very large as only seven people turned up, myself and six others! I sometimes wonder what became of the other six! You had the enormous choice of many vantage points to view the group who outnumbered the audience of seven by two!
The line-up for the gig was Roy Wood, Jeff Lynne, Bev Bevan, Bill Hunt (piano and horns), Wilfred Gibson (violin), Hugh McDowell (cello), Andy Craig (cello), Mike Edwards (cello) and Richard Tandy (bass).
They played an assortment of songs from the album, the order of which now escapes me. The sound was loud with a raw nervousness, fused with 'sawing cellos' from Andy Craig and the late Mike Edwards, whose gimmick was to use an orange or grapefruit to finger the strings whilst playing with the bow and sometimes wearing bizarre costumes. The string section were all classically trained musicians.
Back in its heyday, The Greyhound saw the likes of Jimi Hendrix, The Who, David Bowie and Queen performing. Croydon had a thriving music scene and probably the most knowledgeable audiences as far as bands were concerned at the time. It was thought that "if a band made it at The Greyhound, they'd made it!" (a quote from Howard Bossick, the former Greyhound owner).
At the Hyde Park gig in September 2014, Jeff announced that Richard Tandy had been with him for forty two years. Having been a fan ever since their inauguration when Roy Wood announced the concept of The Electric Light Orchestra back in August 1970, I can cheerfully say that I've been with them for nearly forty five years and that I've seen many changes to the band during that time with every album and single being different. I have loved every one and I am proud to have been a fan for all these years!" ~ James Harris, April 2015 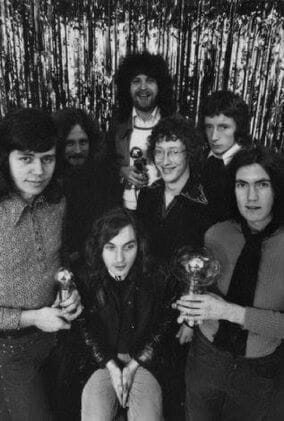 ELO Beatles Forever (ELOBF) wishes to extend very many thanx to James Harris for his fantastic recollection of that first live ELO spark, if not one of the most pivotal moments in rock history.
Until next "Time" in the ELO (and related) Universe ... KJS ... 18-Apr-2015
Posted by Keith J Sinclair at 21:09