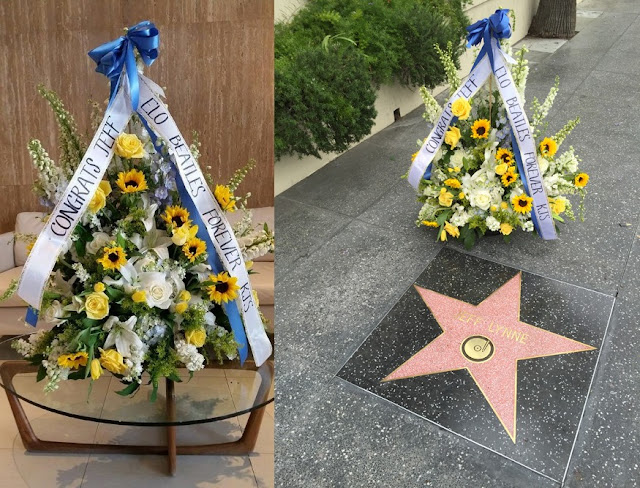 #895: Hello ... Hello ... my old friends ... It's great to see you once again! When word reached ELO Beatles Forever (ELOBF) in early March that ELO maestro Jeff Lynne would be soon receiving his long awaited Star on the Hollywood Walk of Fame in Los Angeles on Thursday 23rd April, we held back from fully breaking the news, leaving just a teaser on Twitter on 13th March until it was officially announced. 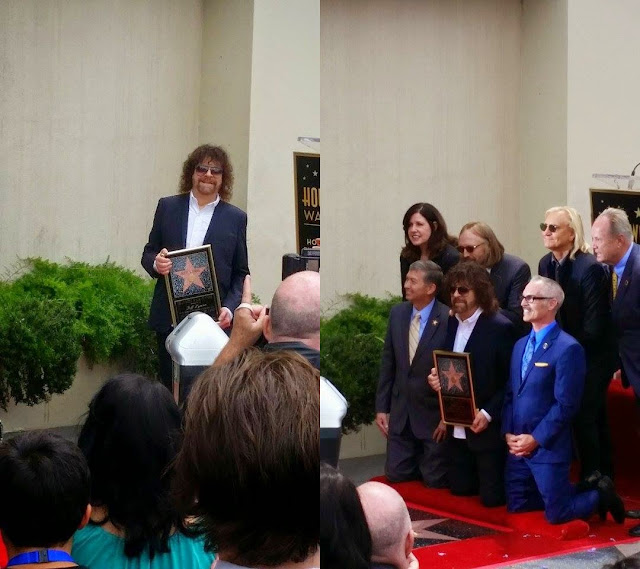 Since then, we've had an extended amount of time to think about a way to congratulate Jeff on this his latest achievement - not just from a personal perspective - but also on behalf of his many fans and admirers "All Over The World" and also those souls who could not be there in person to witness it on, of all days, the 79th birthday of his Wilbury brother Roy Orbison. 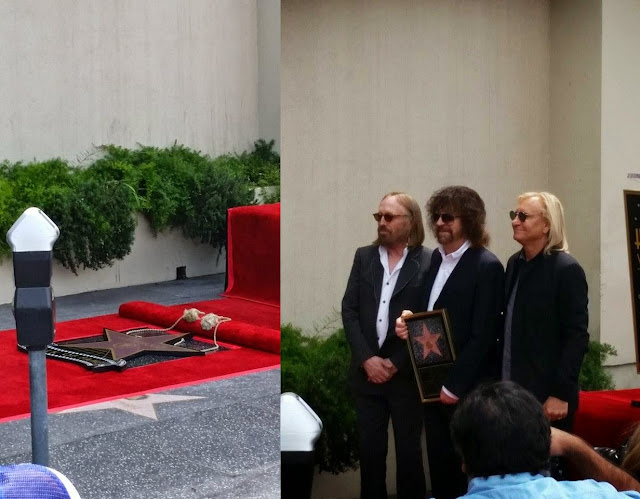 The initial thought was to travel over to Los Angeles in person or to send something that could be both present at the ceremony and also something that represented Jeff himself. At this point, I approached my friend Ursula David in LA and we threw a few ideas around before deciding upon a floral presentation to be placed near Jeff's new Star with the colours yellow, blue and white prominent to signify "Mr. Blue Sky".
On the morning of the day, Ursula duly delivered our rather large floral tribute and positioned herself (alongside her son Ty) in an advantageous location with Phil Hatton - longtime friend of Jeff - on hand to meet Ursula and duly notify Jeff of our gift, which also spent some time in the lobby of the famed Capitol Records building before being placed adjacent the newly unveiled 2,548th Star for a time afterwards.
I wanted this article to review such a momentous occasion from the fans point of view. The events of Thursday 23rd April have already been streamed, recorded and broadcast worldwide, so here is the official footage for you to enjoy, enthuse over and replay at your leisure thus:
ELO Beatles Forever (ELOBF) sincerely hopes that you enjoy the photographs within this article on what was a great day for not only Jeff Lynne but also for the fan on the street ... literally!