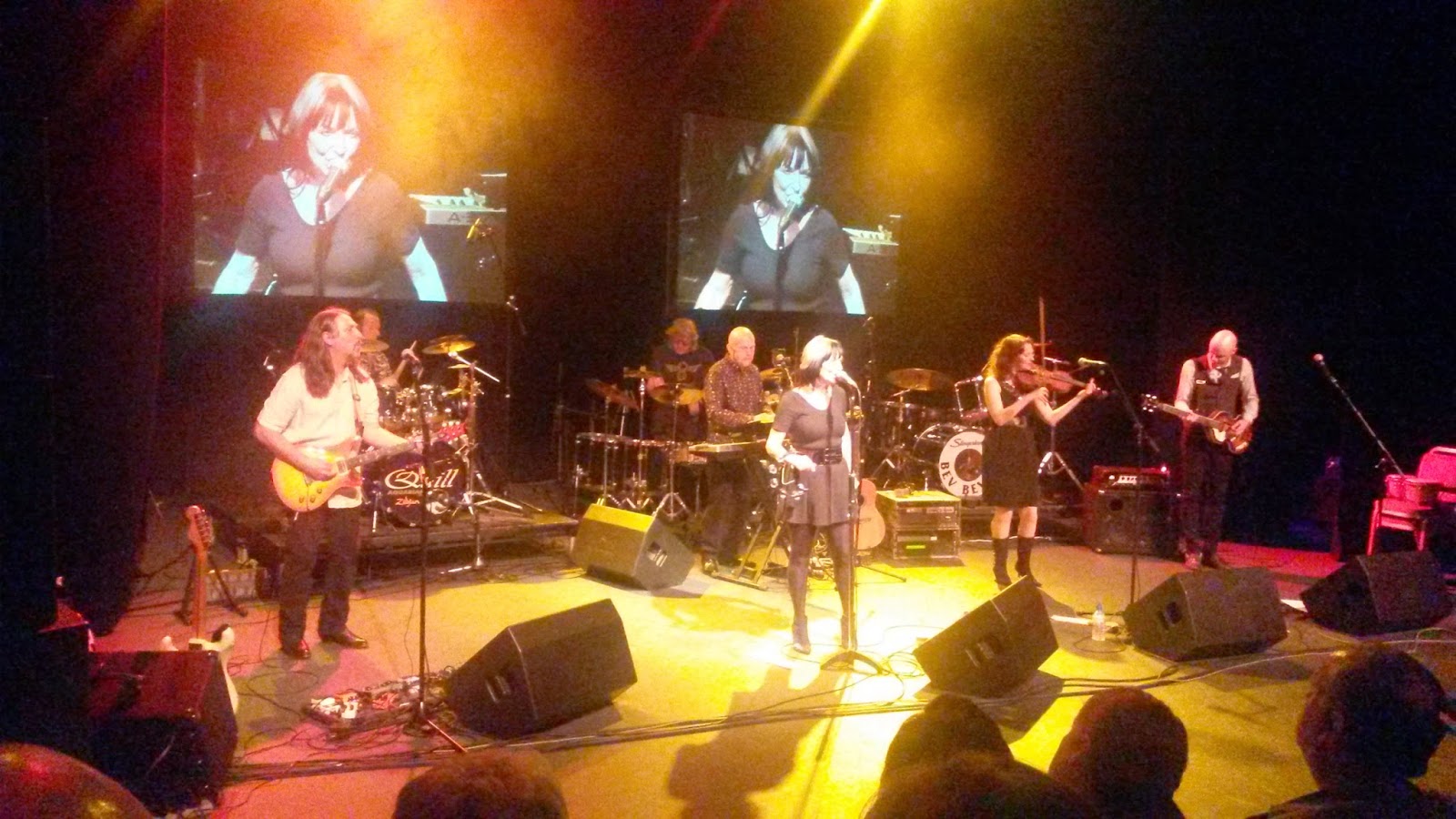 #896: Hello ... Hello ... my old friends ... It's great to see you once again! Ever since I first ventured out to see Quill on behalf of ELO Beatles Forever (ELOBF) back in June 2013, I've witnessed their gradual consolidation and transformation into a septet who totally enchant and entertain theatre audiences wherever they have graced the stage. Therefore, a trip to the county town of Shrewsbury on the night of Thursday 23rd April see this legendary Midlands band in their latest guise perform in front of a healthy attendance at The Walker Theatre (nestled inside the aptly named Theatre Severn) was a must being as it had been five months since my last Quill gig in Ludlow.
Once again, more than able support was given by Quill's regular Shropshire gig partners Cooper & Davies (a trio these days with Graham Clews also on board) who proceeded to thoroughly entertain their onlookers with another polished set of eight songs comprising "Raise A Ruckus" ~ "I Never Said I Was Funny" (Cooper/Davies) ~ "La La Blues" ~ "Girl Is On My Mind" ~ "Rip It Up" ~ "Everything & More" (Cooper/Davies) ~ "Tell It To Me" ~ "Alabama Gals" ~ "Wagon Wheel"

Quill entered the stage and opened with that familiar Fleetwood Mac classic "The Chain" in what turned out to be a much changed fifteen song set list that really played to the strengths of the band. There were four new songs on show in "Matador" (suggested in part by former member Phil Bates), "A Showman's Life" (recommended by Bev), "Falling Slowly" and (rather pleasingly) "Whiskey Girls" (an ELO Part II track co-written on tour in Poland by Phil Bates and Bev Bevan featured on their 1994 album "Moment Of Truth").

The new songs perfectly complimented Quill compositions "Say It Ain't So", "Nine Mile Camp" and "England" with an emotional, heartfelt rendition of "Life Is Life" by an inspired Joy Strachan-Brain bringing a tear to the eye on the eve of the third anniversary of the tragic passing of her husband Ben Brain, capping another top class performance. That sadness was contrasted by Joy's pride in announcing that a new Quill album entitled "Brush With The Moon" - penned by Ben and featuring many of their recent live favourites - will be released in June via Cherry Red Records.