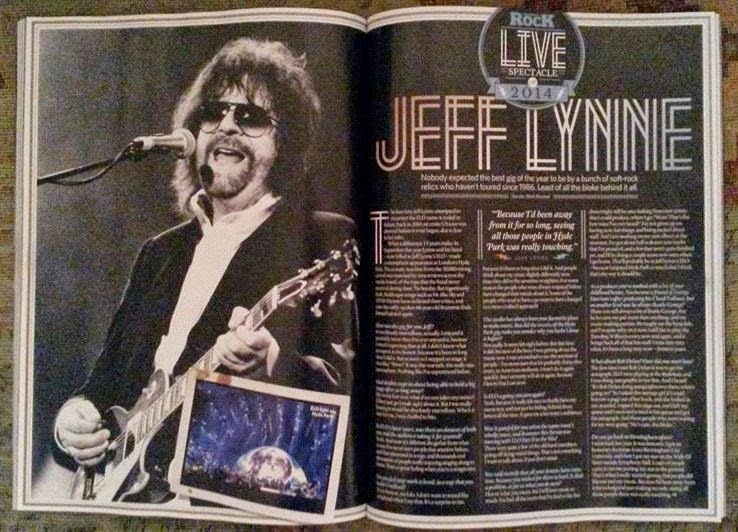 #812: Hello ... Hello ... my old friends ... It's great to see you once again! The latest edition of the excellent Classic Rock magazine (issue 205, January 2015,; pages 100-101) features an interview with Jeff Lynne by Nick Hasted. The special issue is dedicated to reviewing 2014 and also features extensive coverage of the 10th Annual Classic Rock Roll Of Honour awards held in Los Angeles earlier this year, making it well worth purchasing for fans of ELO/Jeff Lynne. Here is a transcript of the interview for you to peruse thus: