#814: Hello ... Hello ... my old friends ... It's great to see you once again! Roy Wood made a triumphant return to Birmingham Symphony Hall on the night of Tuesday 9th December for another hugely enjoyable Christmas show packed with top class music and humour, with a little help from (naturally) his Rock 'n' Roll Band, Andy Fairweather Low & The Low Riders, Rick and Adam Wakeman as well as comic Mick Miller, the very talented Emmie Beckett, a festive choir and some magnificent strings!
There were many highlights during the evening and the first of those was the entertaining set provided by Andy Fairweather Low and The Low Riders. The eclectic former Amen Corner head man, with former Wizzard saxophonist Nick Pentelow in tow, packed an amazing amount of songs into his 45 minute slot with well known hits including "Bend Me Shape Me", "Wide Eyed And Legless", "(If Paradise Is) Half As Nice" and, of course, The Move's "Hello Suzie" were intermingled with songs such as "Baby What Do You Want Me To Do", "When Things Go Wrong" and "So Glad You're Mine" as well as instrumentals "Tequila", "Peter Gunn" and "Apache". On this impressive evidence, a trip to see Andy Fairweather Low and The Low Riders in their own right is a certainty soon!
An amusing cameo by comedian Mick Miller was next on the agenda with the legendary comic creating ripples of laughter throughout his spot. And what shall we say of the return of Dr. Roy Wood? Only that, again, as soon as The Move, Electric Light Orchestra (ELO) and Wizzard founder walked on stage, the effect of the reaction of the audience and Roy's legendary live reputation combined to provide a charged atmosphere of the highest mutual respect. There were no surprises in the set with raucous Move classics "California Man" and "I Can Hear The Grass Grow" alongside the likes of Wizzard anthems "Ball Park Incident", "Angel Fingers" and "See My Baby Jive" and the more recent "New York City" and "Kiss Me Goodnight, Boadicea".
A rousing "Are You Ready To Rock?" preceded the arrival of fellow Water Rat and 'Pointless' co-star Rick Wakeman, in tandem with son Adam. The renowned keyboard genius was completely at home as he delivered amusing monologues on subjects including ex-wives and how the creation of "Morning Has Broken" with Cat Stevens came about back in the day. We were also treated to the Wakeman's rendition of "White Rock" and an extended interpretation of The Beatles' "Eleanor Rigby".
Perhaps the most moving and touching moment of the evening was our introduction to the angelic voice of Emmie Beckett, a talented fourteen year old spotted by Rick. She enchanted all with her solo performance of "Pie Jesu" and the theme from "The Godfather". I discovered that Emmie also sings in aid of  Kids 'n' Cancer UK - a Chesterfield based charity well deserving of our support. 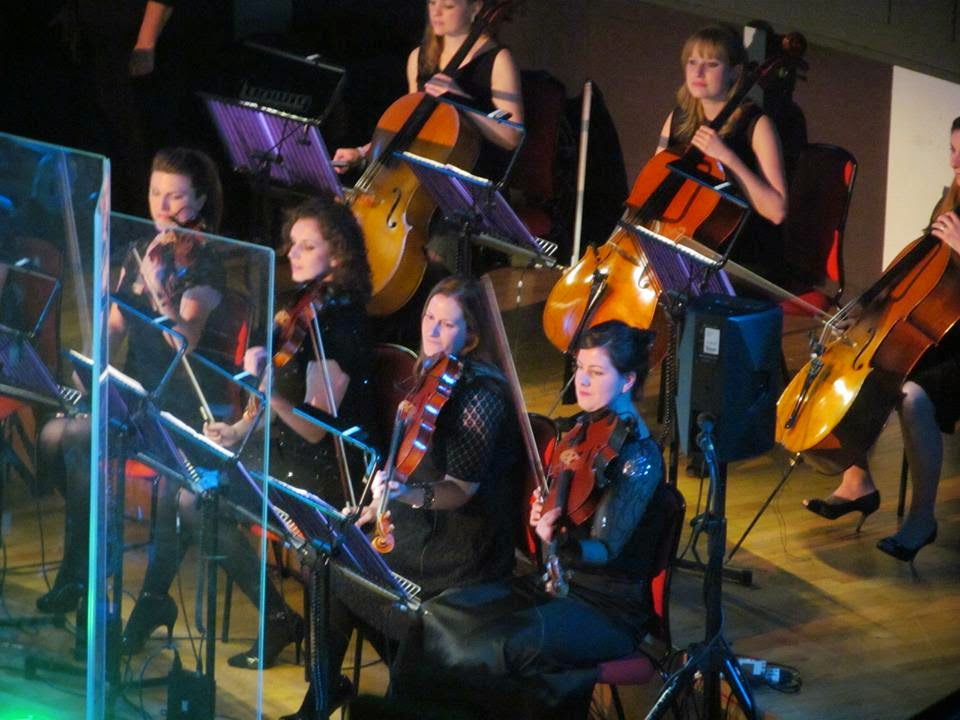 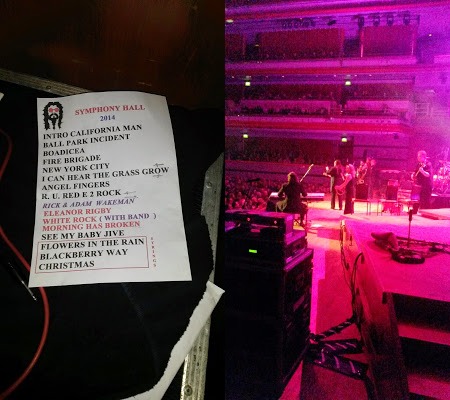 After Emmie had received her well deserved standing ovation, it was time for Roy and the band to return, initially with "See My Baby Jive" and then, complete with string octet and a rather fetching star adorned choir, with a musical feast comprising "Flowers In The Rain", "Blackberry Way" and the most fitting of festive closing anthems (of course) in "I Wish It Could Be Christmas Every Day". Make no mistake about it, this was a fantastic concert, full of variety and loaded with seasonal cheer. 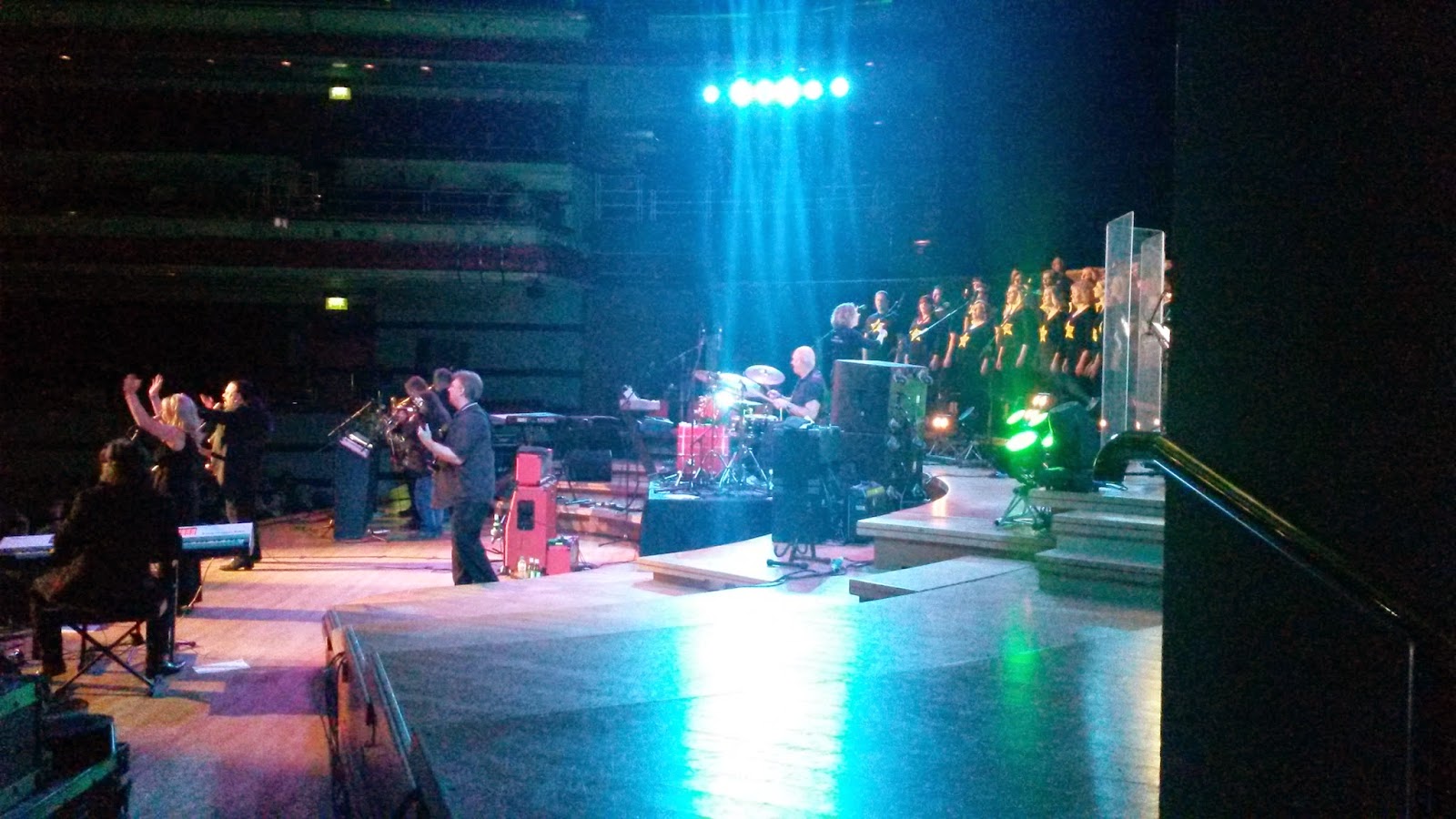 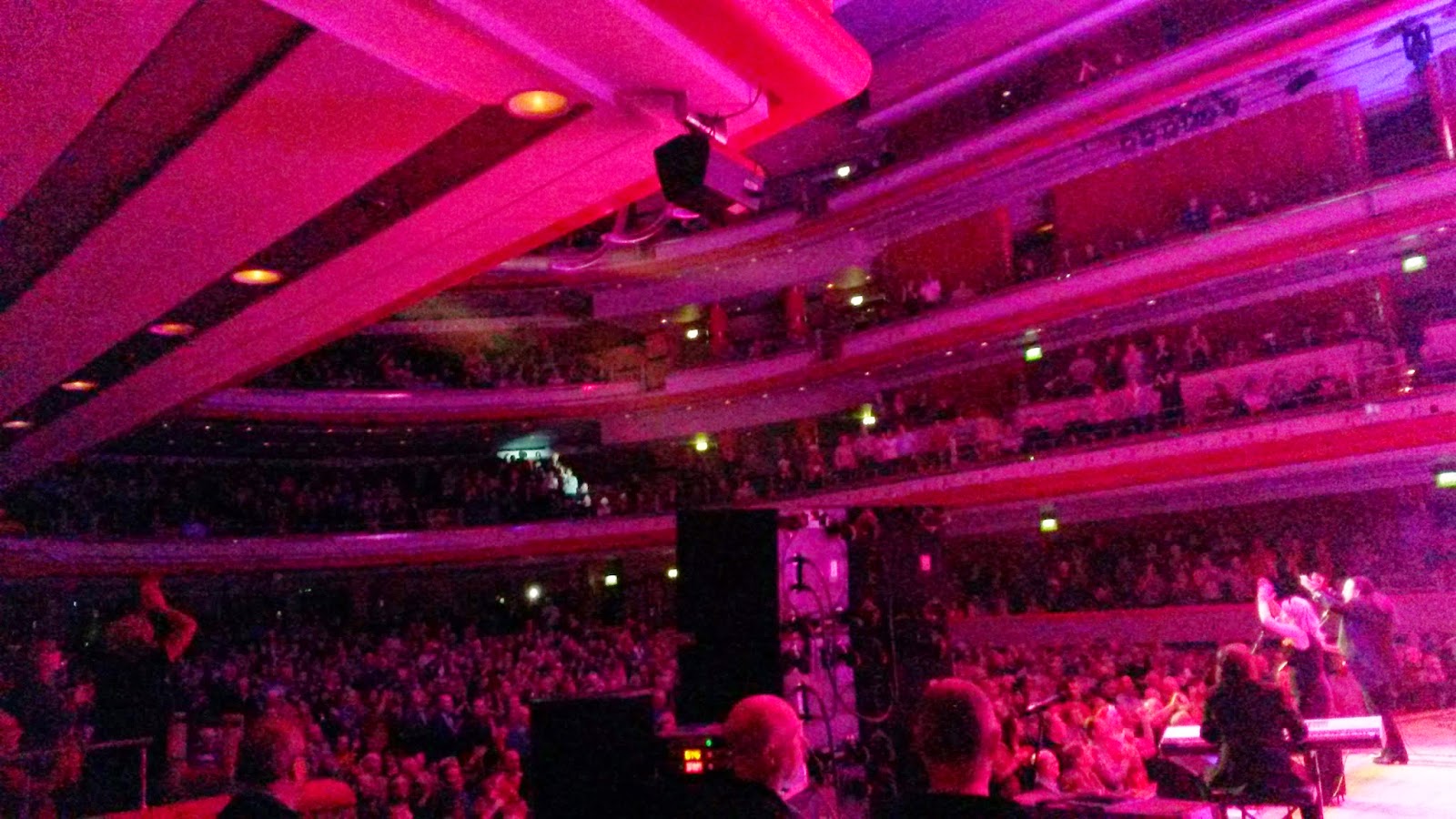 My thanx are extended to John Collins from the excellent ELOBF recommended Forever web site for his kind permission to publish four photographs within this article.