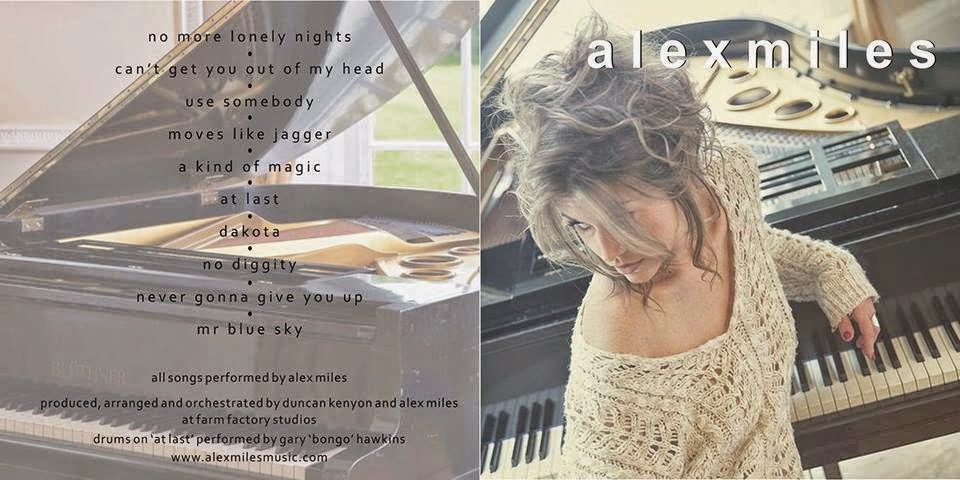 #786: Hello ... Hello ... my old friends ... It's great to see you once again! If her sublime version of ELO's "Mr. Blue Sky" (as featured in this previous ELOBF article) met with your approval, then Alex Miles' new ten song self titled album may well leave you in sonic raptures. There is plenty to enthuse about with this release as Alex also interprets songs by the likes of Paul McCartney, Kings Of Leon, Queen, Etta James and Stereophonics (amongst not a few others).

With her crystal clear, soothing vocals matched by her peerless piano playing, Alex Miles has put together an astounding and impressive album which not only showcases her enormous talent but also cries out to the many record labels looking (and failing) to discover exciting new artistes. This album will be of particular interest to ELO, Paul McCartney and Beatles fans, opening as it does, with a lovely interpretation of "No More Lonely Nights" followed later with a sweet version of Etta James' classic "At Last" (recently also covered, of course, by Jeff Lynne) before finishing with the aforementioned Lynne penned finale to "Concerto For A Rainy Day" and perennial ELO anthem. You should also have a listen to this Wolverhampton born musician's utterly moving versions of "Use Somebody" and "Dakota", not forgetting the remaining enchanting tracks within the album. I have no hesitation is endorsing and recommending this classy recording to all and sundry. (10/10)