#772: Hello ... Hello ... my old friends ... It's great to see you once again! The thirty four [34] mile journey to see ELO Again at Ludlow Assembly Rooms in Shropshire last night (Saturday 4th October) was more than justified as the South Wales based septet delivered a truly electrifying performance. 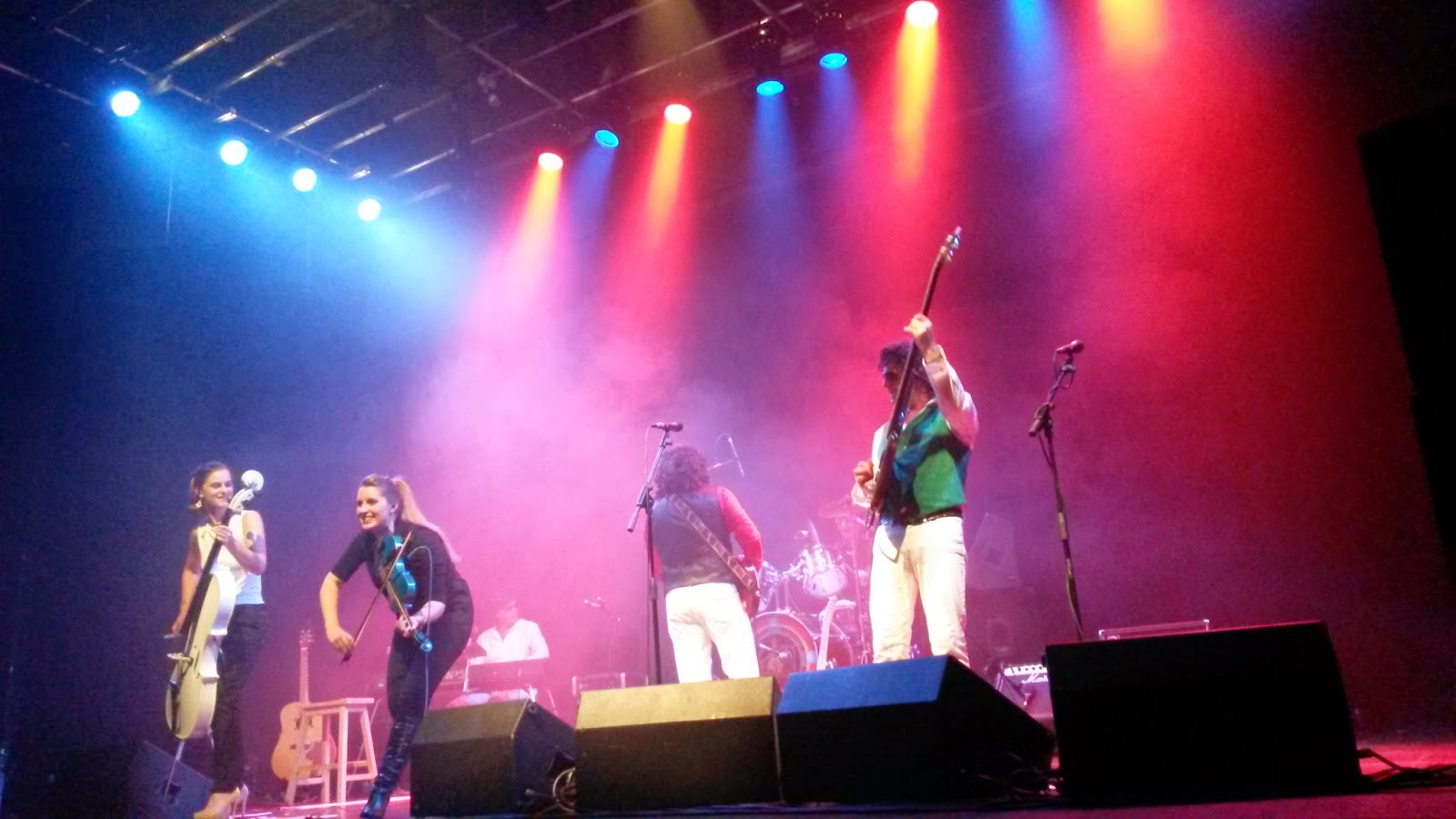 It had been nearly eleven months since ELOBF had seen the band perform at The Robin 2 last November and this writer was keen to see the band again, especially after the overwhelming success of Jeff Lynne's appearance at Hyde Park last month. ELO Again really do give you a dramatic taste of what the classic ELO 'magnificent seven' were like on stage in their 1974-78 touring heyday. This was a very organic and enthusiastic show with the attention shared between the rhythm and string sections. 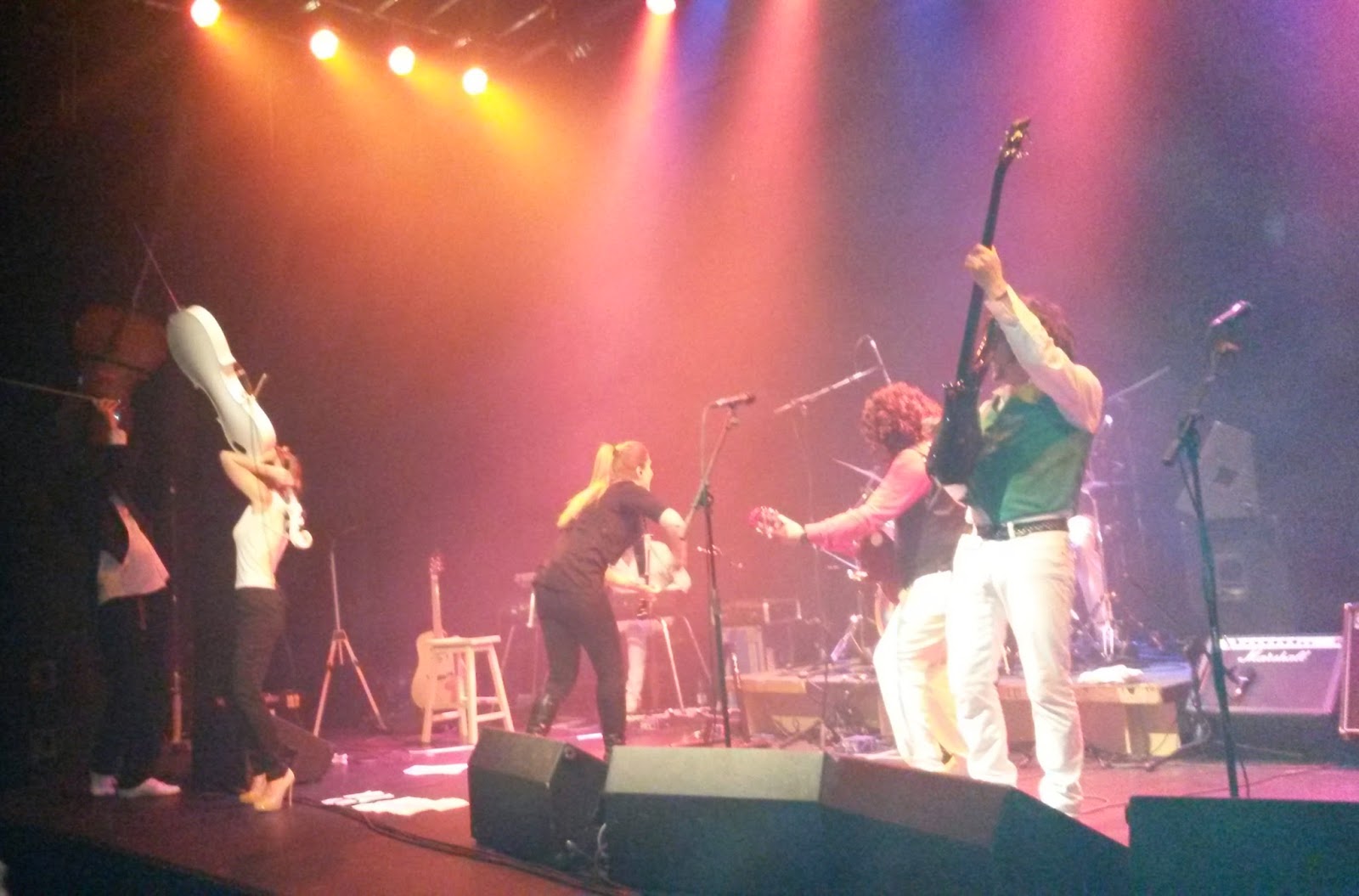 What I like about this band is the prominent part played by violinist Gaelle Favre in all of the songs, ably supported by cellists Sarah Waycott and Sion Dafydd Dawson, the latter as energetic and eclectic as Hugh McDowell, including his personal off-stage tour of the auditorium whilst playing said cello! 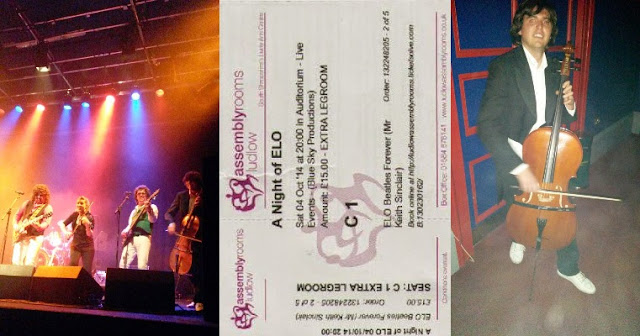 The ELO Again rhythm section - complete with a rather attractive range of wigs - led by the jovial Colin Smith (alias Jet Flynn) together with bassist Jim Ramsey, keyboard maestro Mike Holcombe (alias Rick Candy) and drummer Clive Smith (alias Bev Devon) kept the appreciative audience on their toes as they reproduced accurately those ELO songs we all know and love. This was an accomplished and professional performance. Choosing highlights from their 24 song set is difficult but I thought their covers of "Livin' Thing", "Showdown", "10538 Overture", "Can't Get It Out Of My Head", "Twilight", "All Over The World" and "Telephone Line" were excellent. Go see 'em folks! 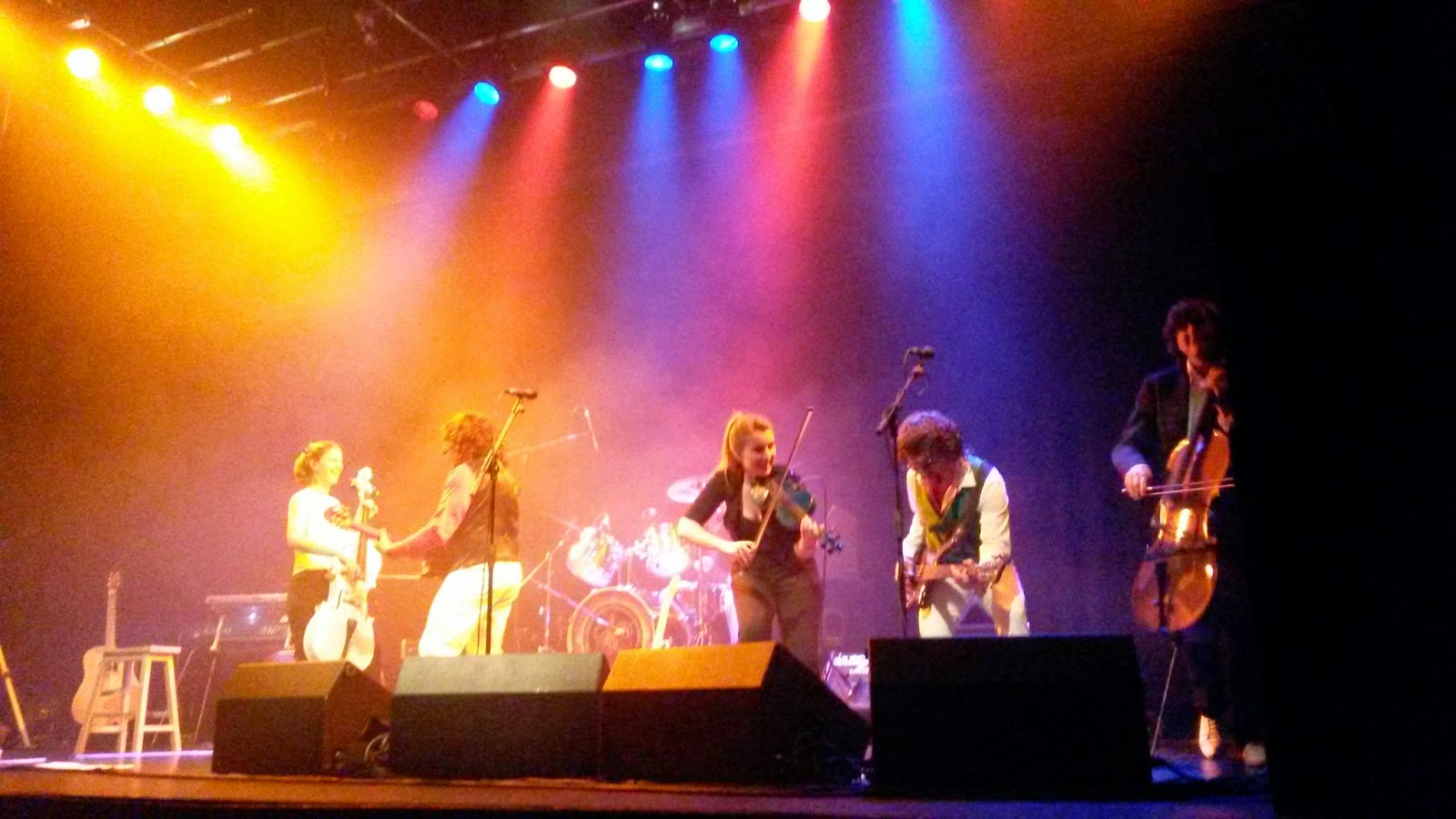