#784: Hello ... Hello ... my old friends ... It's great to see you once again! There are certain songs that are hard to improve upon, especially when they lend themselves only to be covered in the same style as the original. One of those songs is ELO's trademark epic anthem "Mr. Blue Sky".

A case in point would be Lily Allen's questionable effort to 'reinvent' MBS back in 2007. Now, earlier today my good Aussie friend Jib Khan (the main man behind ELOBF recommended artiste Starflight), who alerted Yours Truly KJS to a truly wonderful piano laden interpretation of the Jeff Lynne penned classic by Alex Miles. In her own words:

"One of my favourite tracks ever, I recorded this version as a homage to the original. I was very careful in trying not to recreate the ELO version, as no cover version could ever surpass it. This is a different, acoustic take on a true masterpiece."

It reminds me a little of Sarah Blasko's serene 2009 version of "Xanadu" and it's so good that I felt it warranted some wider exposure to the ELO/Jeff Lynne fan base via ELOBF thus:
Wolverhampton born Alex has a CD available for sale which includes "Mr. Blue Sky" and also features her versions of "At Last" (also covered, of course, by Jeff Lynne) and also Paul McCartney's "No More Lonely Nights". The CD is priced at just £10 (including free P+P) and can be obtained via the Contact page at her official web site or in person at her performances. 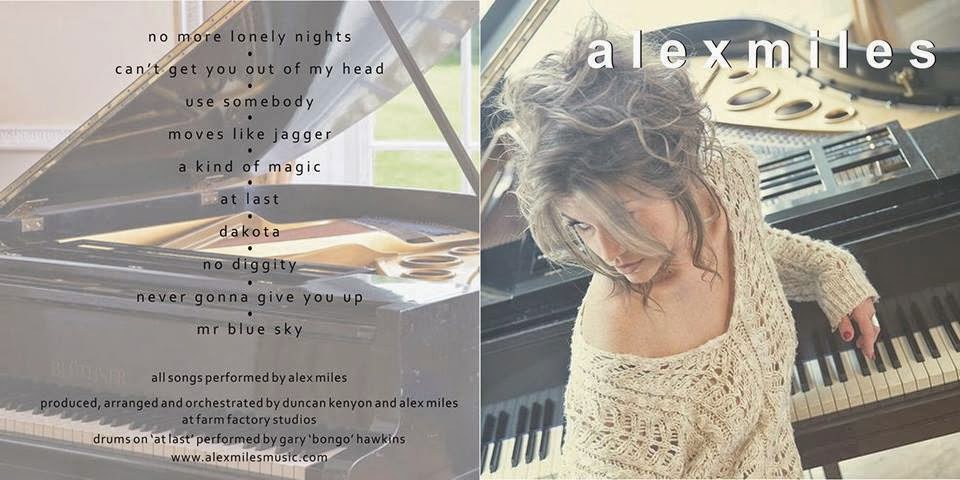 We think that you'll love it! Check out Alex Miles and her portfolio via her official web site thus: