The Night That Bolan Went On (In Watford Town Hall)

#756: Hello... Hello ... my old friends ... It's great to see you once again! This was a fusion, a coming together of two (2) of my musical heroes before I was even aware of them. I've been fascinated by the proceedings at Watford Town Hall on the night of Tuesday 10th April 1973 when the early Jeff Lynne captained Electric Light Orchestra (ELO) were joined on stage for a pulsating and explosive fifteen (15) minute encore of their latest hit single "Roll Over Beethoven" by the one and only Marc Bolan, who was still riding his proverbial white swan and enjoying significant popularity and success.

Marc's friendship with Jeff Lynne began when The Idle Race performed their revved up cover of "Debora". Marc was so impressed by their powerful live interpretation of his song that it led to him changing direction to perform electric sets (rather than acoustic). Marc was a regular onlooker at Idle Race recording sessions thereafter. Shortly before the Watford gig, Marc was recording with T.Rex at Air Studios whilst Jeff was recording "On The Third Day" with ELO, contributing twin and/or lead guitar parts to "Ma Ma Ma Belle", "Dreaming Of 4000" and "Everyone's Born To Die". The 1963 Gibson Firebird that Marc lent to Jeff can also be heard during that familiar guitar solo on "Showdown".

This article has been a long time in the making. I wanted to pull together the strands of the memories of some of the musicians and attendees at that concert whilst gathering some of the photographic footage of the event (predominantly by Gary Merrin) plus some exclusive new images of memorabilia from that night. Hence, please find below the recollections of ELO's Jeff Lynne and Bev Bevan (plus Mike de Alburquerque) as well as eyewitness accounts from the perspective of concert goers Ian Jakeman and Bari Watts. 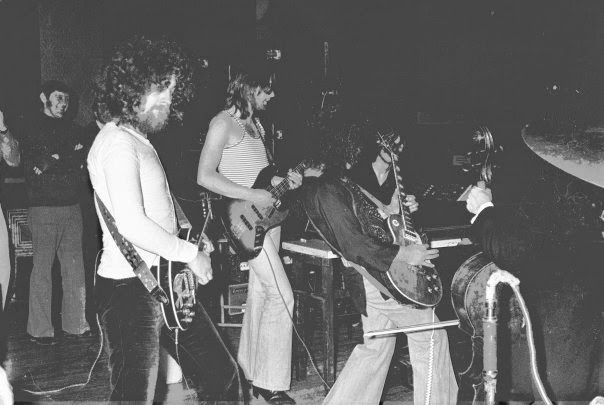 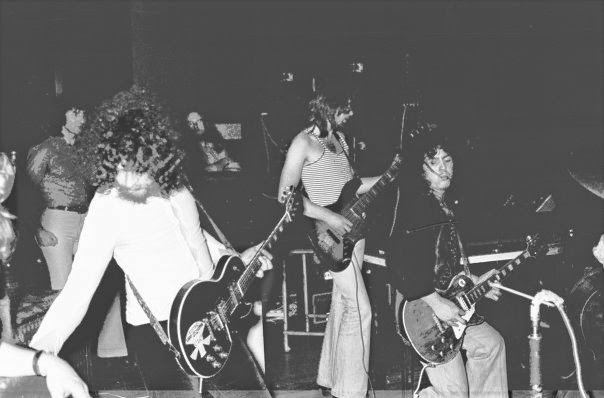 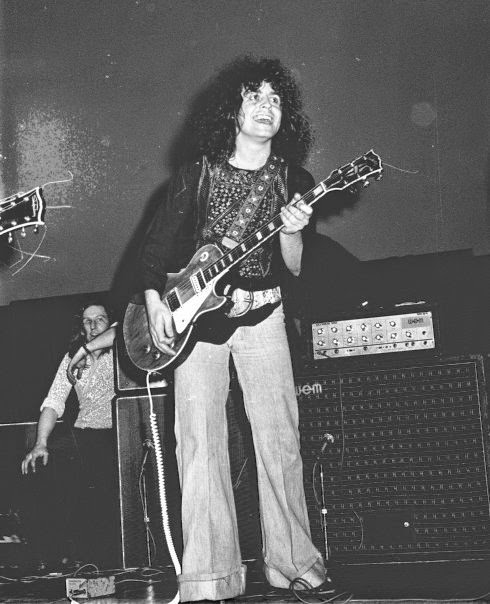 With the 37th anniversary of the death of Marc Bolan fast approaching on 16th September, it remains ironic, if not fated, that Marc died in the very year that ELO were reaching the same heady levels of success with "Out Of The Blue" that Bolan had achieved in the early seventies when ELO were largely unknown in the UK and Marc was (and still is) the ultimate, iconic Superstar.