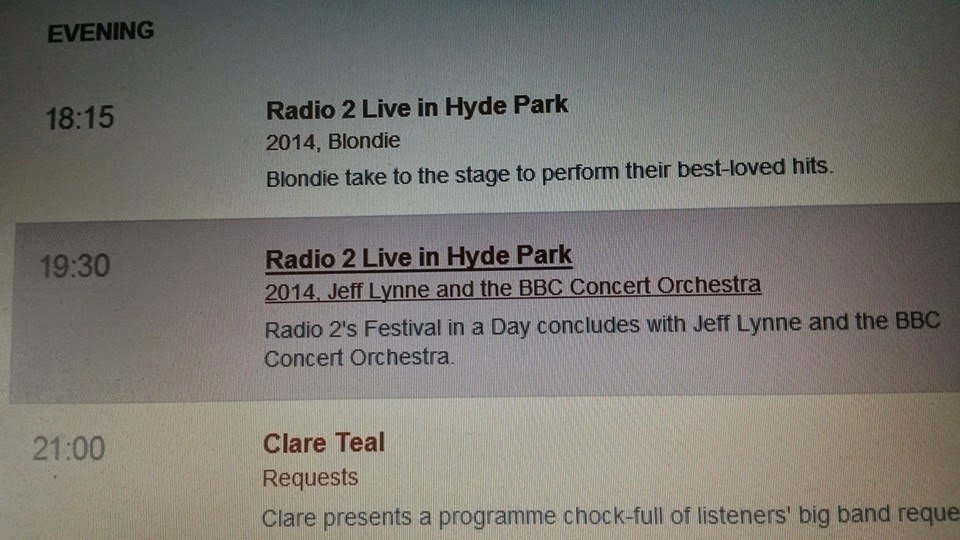 #753: Hello ... Hello ... my old friends ... It's great to see you once again! In advance of his highly anticipated live performance at Hyde Park on Sunday 14th September at the finale of BBC Radio 2's "Festival In A Day" with Richard Tandy, the Take That session/touring band and the BBC Concert Orchestra, ELO maestro Jeff Lynne is not only in rehearsals with said musicians, he will be also out and about in the media in the coming week with at least two (2) confirmed interviews taking place on Absolute Radio between 7:00PM and 8:00PM on Sunday 7th September and The Chris Evans Breakfast Show during the morning of Friday 12th September.
Other high profile radio and TV appearances may also be announced. The full performance will be broadcast live on BBC Radio 2 from 7:30PM with Jeff's nominal seventy five (75) minute performance scheduled between 7:45PM and 9:00PM. There is a strict 9PM curfew in place at the venue and, hopefully, there won't be a delay in the running order that could shorten the set. The BBC have confirmed that digital TV viewers will also be able to view the concert via their red button or channel BBC1 RB (with repeats following thereafter) thus:
Freeview channel #601
Sky channel #980
Virgin channel #991
Until next "Time" in the ELO (and related) Universe ... KJS ... 06-Sep-2014
Posted by Keith J Sinclair at 12:02