#715: Hello ... Hello ... my old friends ... It's great to see you once again! The friendship and working relationship between Jeff Lynne and Joe Walsh as well as the contributions of Chris Brighton, Mike Tinsley and Darren Ashford from The Abbey Road Experience meant that the gig by Desperado at The Robin 2 last night (Sunday 25th May) was an attractive one for those of us in the ELO Beatles Forever (ELOBF) universe.

Most tribute bands tend to major on the well known hits of the artist(s) whom they are replicating live. What strikes me about Desperado is their ability to deliver a set list that combines not only the familiar Eagles classics but also those album and solo tracks sometimes overlooked or even forgotten. And last night the bands attention to detail caught the eye (and ear!) particularly with the their intricate performance of Don Henley's 1984 classic "The Boys of Summer".

Yours Truly KJS thoroughly enjoyed an evening which aptly commenced with "Take It Easy" and ended with my personal all time favourite Eagles track (not surprisingly!) "Desperado". Both The Eagles and ELO could have been said to have tied up the US arena circuit during their commercial seventies heyday and Desperado were well deserving of the ovation they received at the end of the evening as they gave the appreciative audience a real and true taste of both The Eagles' ballads and rockers in advance of their "History Of The Eagles" UK Tour, commencing later this week in Birmingham on Wednesday 28th May. Their cover of "Hotel California" was simply amazing. There is no other way to describe it.

Whether it being the superb individual and combined vocals of the band, particularly (but not exclusively) those of Chris Brighton and Steve Ashcroft or the glorious guitar prowess of Andy Saphir, the sublime bass of Mike Tinsley, the precise keyboards of Frank Beach or the pristine percussion of Darren Ashford, this sextet were very much in form for this performance. One was left with the impression that, as with the burgeoning number of ELO tribute bands, Desperado have enough of their own personality and individuality to more than hold their own in a busy marketplace. Go see 'em folks! 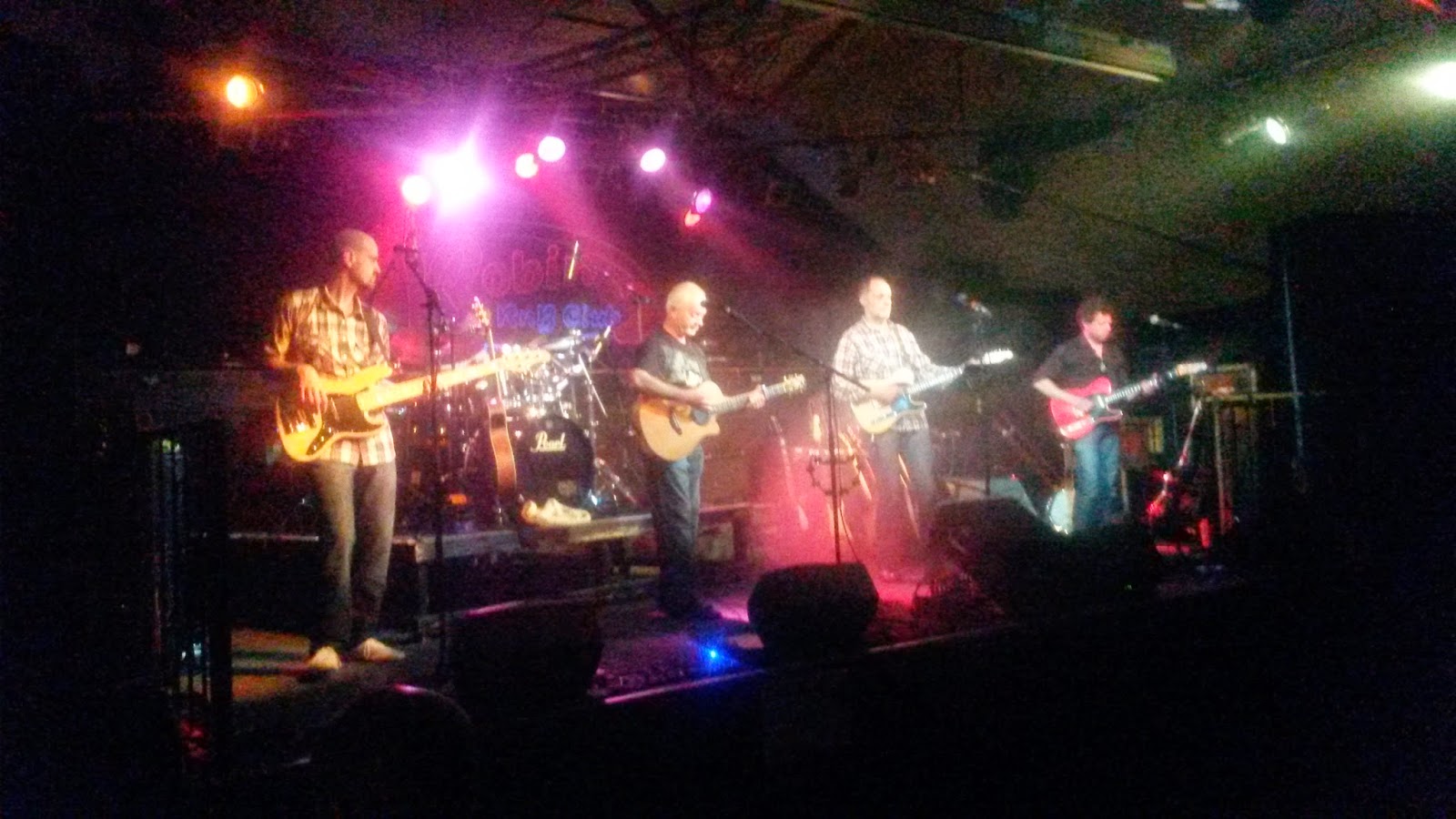