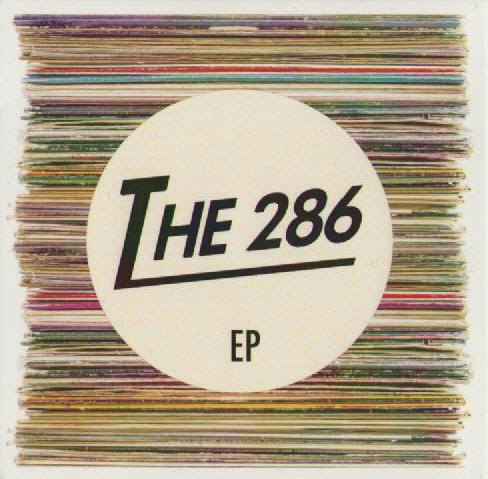 #682: Hello ... Hello ... my old friends ... It's great to see you once again! If the debut [download only] EP released by The 286 back in July 2011 [entitled "A Victory For Battalion 286"] was impressive, then it must truly be said that their second EP is absolutely superb and literally music to the ears of any admirer of The Move, Roy Wood's solo career and ELO [particularly their early experimental and most progressive years between 1971 and 1974].

Spencer Hannabuss - front man and co-founder of The 286 - was kind enough to send ELO Beatles Forever [ELOBF] a copy of their forthcoming six [6] track EP [their first 'physical' release] earlier this week so that I could hear the new songs that make up their new download EP first hand. And from the very first notes, I can tell you that this really is an outstanding release and a real testament to the pedigree of this exciting and vibrant outfit.
So what can be said of the new release[s]? "Let The Rain Fall Down" is quite simply a masterpiece replete with overtones of "Eldorado" but also containing a beautiful synergy in places with the equally loved "Under London Skies" by The Orchestra [former members of ELO & ELO Part II]. It is the perfect ELOesque ballad. More ELO than ELO in many respects! With stirring string arrangements coupled with superb slide guitar riffs and the perfect rising vocals of Spencer Hannabuss, for me this song is almost on a par with the the likes of "Can't Get It Out Of My Head" and "Waterfall". The song reminds this reader of the reasons why I loved the concept of ELO ... the ELO most folks still loved even after Jeff dispensed with those experimental overdubbed strings at De Lane Lea Studios used on "On The The Third Day", "Eldorado" et al.

"Miracle On 286th Street" is a fast paced instrumental piece that, in many respects, would be at home on "ELO2" or "On The Third Day" and would undoubtedly be a favourite in the bands live set. Both this track and "Little Louisa" - a real rocker - lend heavily on the '74 live crowd pleasers that broke the US for ELO during their "Do It With The Light On" live shows - songs such as "Daybreaker"; "Great Balls Of Fire"; "Daytripper"; "In The Hall Of The Mountain King" and: "Orange Blossom Special". Both tracks work and are the perfect partners on the EP to their epic bedfellow.

"... reminds this reader of the reasons why I loved the concept of ELO ... the ELO most folks still loved even after Jeff dispensed with those experimental overdubbed strings ..."

This is a recording that does something else for this particular listener. The vocals, diving cellos and prominent violins give us a hint of what ELO might have sounded like if the commercial skulduggery of the Ardens had not caused the divorce of Roy Wood from his brainchild. The existence and growth in maturity of a band such as The 286 demonstrates that a new generation of artistes inspired by the musical legacy of Jeff Lynne, Roy Wood, The Move and ELO can still emerge out of a current music scene full of artistic betrayal and commercial hegemony. Make no mistake about it, based on the evidence provided so far, any serious ELO and Roy Wood follower should check out The 286 and their new EP without delay. Bring on their first full album! [10/10] 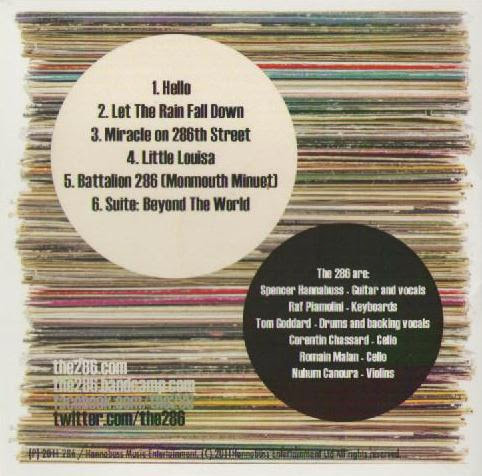 The forthcoming physical EP includes all three [3] new tracks with the extended version of "Let The Rain Fall Down" making way for three songs from their debut EP in "Hello"; "Battalion 286 [Monmouth Minuet]" and "Suite: Beyond The World". The CD is available at their gigs and will also be available for purchase from their official web site soon. 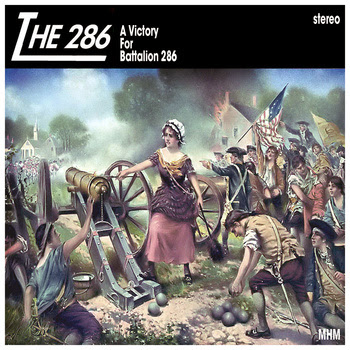 You can also find out more about their debut download EP [still available to buy via Bandcamp for just £2.49] and the beginnings of The 286 via these links thus:

Recommended: The 286
Interview: Spencer Hannabuss [The 286]

Find out more about The 286 via their official web sites thus:

ELO Beatles Forever [ELOBF] recommends The 286 to those enlightened folks who enjoy the music of ELO & Jeff Lynne, Roy Wood, The Move, The Idle Race, 'Brum Beat', The Beatles and related artistes.