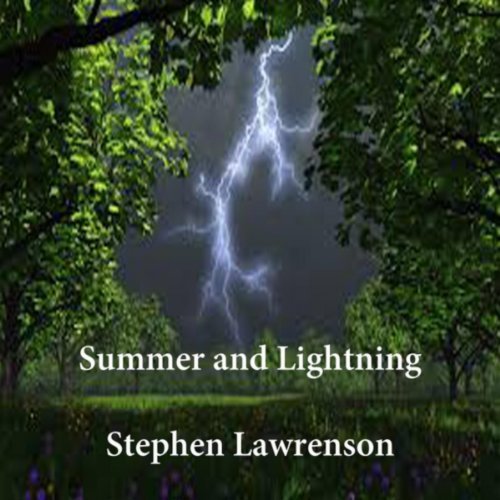 #664: Hello ... Hello ... my old friends ... It's great to see you once again! ELO Beatles Forever (ELOBF) are pleased to exclusively reveal a stunning new version of the ELO classic "Summer and Lightning" - the third movement of the Jeff Lynne penned "Out Of The Blue" masterpiece "Concerto For A Rainy Day" - by ELOBF recommended singer/songwriter Stephen Lawrenson, having first approached Yours Truly KJS last September with a demo of what is now his new single. And I've been actively encouraging him to release his impressive acoustic interpretation ever since!

"It's obviously one of my favourite ELO/Jeff songs and probably quite unlikely as a cover as it was never a single or "hit" (at least that I know of). I wanted to take an acoustic approach with the instrumentation, not just an acoustic version, but one where I was trying in keeping with all the orchestral parts of the original, just using all acoustic instrumentation (6 and 12 string guitars, piano, congas, maracas, hand claps and voices). I really just did it for fun but thanks to your encouragement it is available as a single now at iTunes, Spotify, CD Baby among a bunch of others (as of today!)... just paying homage to one of my long-time heroes!"

"Summer and Lightning" is available to purchase via these links thus:

Here's my feature on Stephen Lawrenson for ELOBF from February 2013 thus:

ELO Beatles Forever (ELOBF) recommends "Summer and Lightning" by Stephen Lawrenson to those enlightened folks who enjoy the music of ELO/Jeff Lynne, Roy Wood, The Move, 'Brum Beat', The Beatles and related artistes.