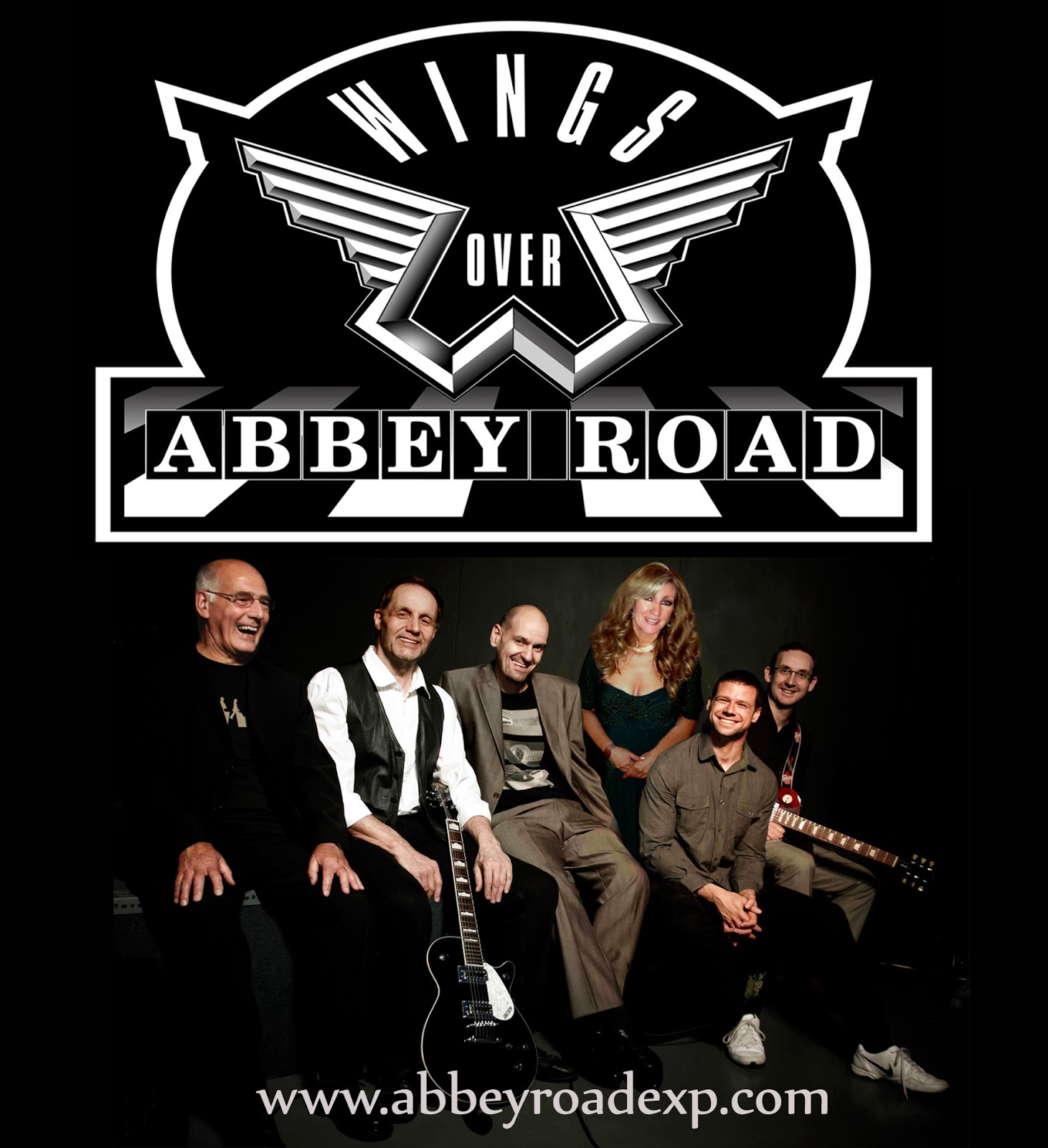 #662: Hello ... Hello ... my old friends ... It's great to see you once again! ELO Beatles Forever (ELOBF) recommended artiste The Abbey Road Experience have just announced that they will be adding a new dimension to their live repertoire as they add their tribute to the music of Paul McCartney and Wings to their set later this year. Wings Over Abbey Road will also welcome Debbie Lee Richardson to their ranks on keyboards and vocals. Their official press release states:

"Although released before “Let It Be”, “Abbey Road” was The Beatles’ the final album – The biggest band in history at the very height of their success. Paul McCartney then went on to form “Wings”, a phenomenal band that released 23 singles and 9 albums, and toured extensively.“Wings over Abbey Road” is a celebration of The Beatles at their peak, and Paul McCartney's Wings. The first half of the show is a live performance of the entire Abbey Road album. The second half is Wings’ greatest hits, including such classics as: “Band on the Run”, “Live and Let Die”, “Jet” and many more. “Wings over Abbey Road” – Top class musicians and vocalists performing and celebrating top class songs from world-class artists! It’s an evening not to be missed!"