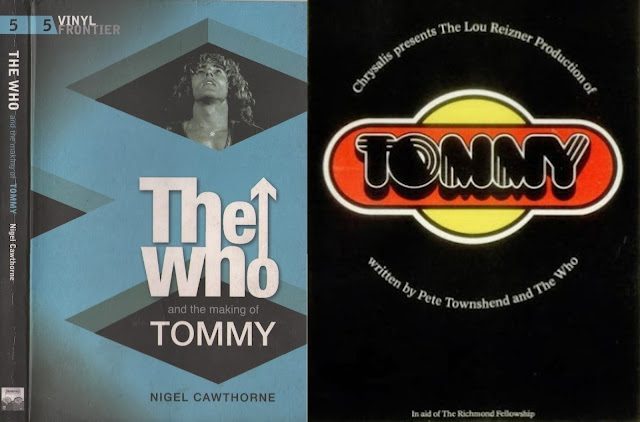 #645: Hello ... Hello ... my old friends ... It's great to see you once again! Recently, a colleague of mine at work gave me an excellent book entitled "The Who and the Making of TOMMY" by Nigel Cawthorne (Unanimous/2005/ISBN1903318769) because he knew that Yours Truly KJS had read Pete Townshend's excellent autobiography "Who I Am" (Harper Collins/2012/ISBN9780007479160) last August. So when I randomly opened its pages, this writer was pleasantly surprised to see a familiar name in Roy Wood mentioned on page 163 thus: 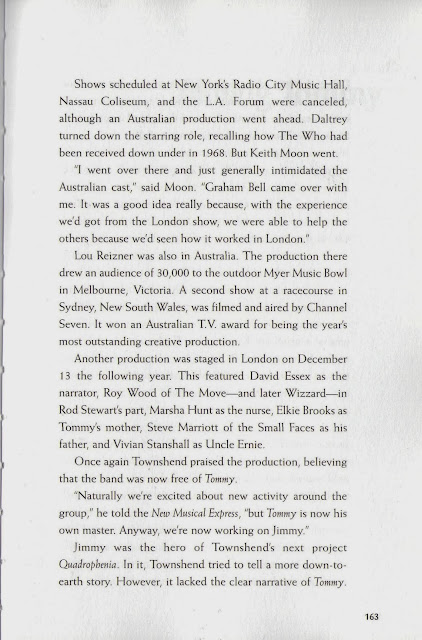 After further research (and verification from Roy Wood super fan Martin Kinch of Cherry Blossom Clinic), I discovered that Roy appeared on stage in Tommy at The Rainbow Theatre in London on Thursday 13th and Friday 14th December 1973 in the role of The Local Lad (aptly) singing "Pinball Wizard". The Saturday 8th December edition of Melody Maker included an interview with Roy by Colin Irwin and this excerpt makes for interesting reading:

"Wizzard were planning a special Christmas show in Coventry, but that has now been cancelled because Roy has been offered a part singing "Pinball Wizard" in the London production of "Tommy" at the same time. It is quite a milestone for it will be the first time he has ever sung a song in public which was not written by himself. "I'm very excited about this. It's great even to be considered for it. "I've always rated Pete. I'm glad to see that since 'Tommy' he has been known as a writer whereas before he was just a performer." 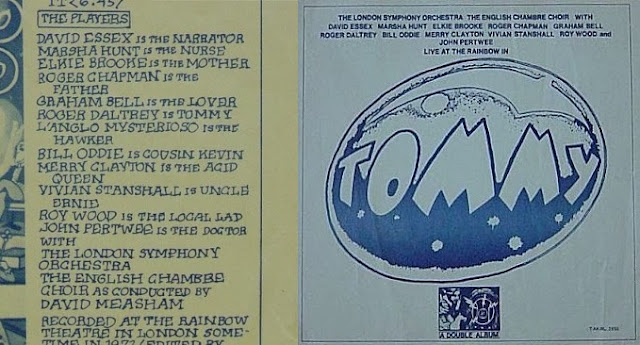 A 2LP bootleg recording (#TAKRL2956) exists of those shows and includes Roy's performance of the iconic Pete Townshend penned anthem "Pinball Wizard". It's interesting that Roy accepted this role at a time when he would have been actively promoting his 'new' Wizzard single "I Wish It Could Be Christmas Everyday" and, as the above article citation states, it meant cancelling a lucrative Wizzard Christmas show in Coventry at the time. This was all news to me and quite timely due to my recent interest in Pete Townshend and The Who, hence this latest ELOBF article!
Until next "Time" in the ELO (and related) Universe ... KJS ... 17-Jan-2014
Posted by Keith J Sinclair at 20:51