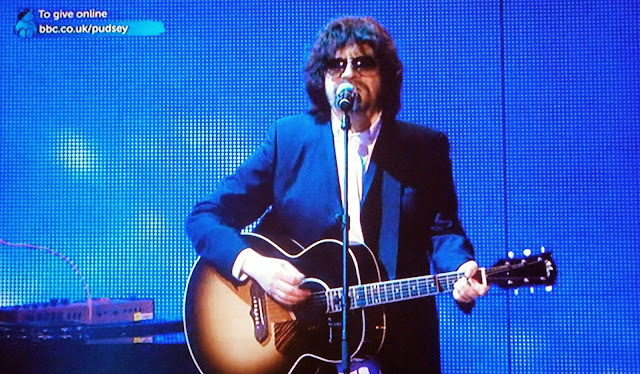 #644: Hello ... Hello ... my old friends ... It's great to see you once again! The long overdue recognition of: Jeff Lynne in his hometown of Birmingham was confirmed earlier today [Tuesday 14th January] in a report published in The Birmingham Mail. The ELO maestro is to be the latest recipient of the: Broad Street 'Walk Of Stars' according to this message by close friend and former Idle Race band mate Roger 'Ollie' Spencer on Facebook earlier this week:

"Dear ELO fans, come and join Jeff Lynne getting his long overdue star on Birmingham Walk of Fame, 13th March, Broad Street, Birmingham. Please come and join in and show how proud we are of the lad." [quote courtesy of Martin Kinch, Cherry Blossom Clinic]

The report - which can be read here - also states that the anticipated date of the award will be Thursday 13th March. Yours Truly KJS and ELO Beatles Forever [ELOBF] understand that a formal announcement of the ceremony and possible celebration event later will be made shortly. The award of a star to the awarding winning producer on the Broad Street 'Walk Of Stars' will be the first part of a unique double in that Jeff may also be receiving a star on the famed Hollywood 'Walk Of Stars' soon too.

It will also mean that the final three members of The Move and all three co-founders of The Electric Light Orchestra [ELO] will be reunited at long last on Birmingham's Broad Street.