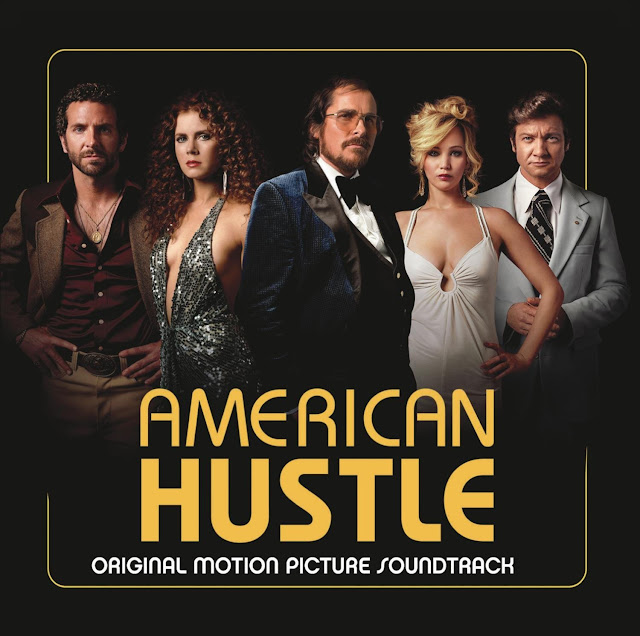 #623: Hello ... Hello ... my old friends ... It's great to see you once again! Having failed to feature on the recent Frontiers re-issue of ELO's 2001 album "Zoom", the previously Japanese only track "Long Black Road" will finally join the 'official' ELO worldwide catalogue alongside "10538 Overture" [MBS version] and a seemingly brand new Jeff Lynne solo song "Stream Of Stars" [an instrumental composition] on the Original Motion Picture Soundtrack for the film American Hustle.

Another Jeff Lynne track - a cover of "Claire De Lune" [written, of course, by Claude Debussy] - allegedly features in the film but has not made it onto the official soundtrack album. The attractively compiled OST also includes the Wings' James Bond anthem "Live And Let Die" as well as other AOR classics by the likes of: America, Elton John and not a few others. 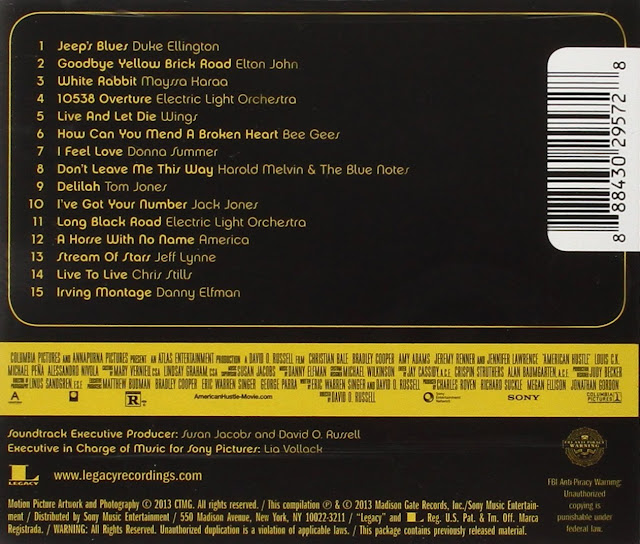 At the "Time" of writing, amazon.co.uk and amazon.co are currently taking pre-orders for the album in CD format or digital download via these links thus: