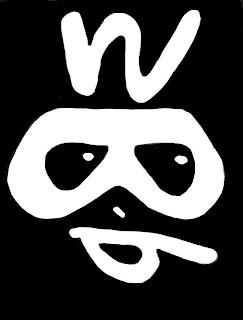 #577: Hello ... Hello ... my old friends ... It's great to see you once again! Earlier this year on Valentines Day, ELO Beatles Forever (ELOBF) reviewed a concert by former ELO member (active 1981-86), Dave Scott-Morgan which was streamed live on the Internet and also featured a new upcoming Birmingham band Winston's Big Brother.

The talented quartet have just finished recording their debut five track EP at Grimm Doo Records and are well on the way to completing their debut album "The Truth That Lies In Me" (also produced by Dave). Here is their biography to date, in their own words:

"Winston's Big Brother were born from the solo acoustic act formed by front man Gary Mason. After the demise of a former band, Gary began as a solo acoustic artist, and decided to look for the best musicians in the city, with the right character and capability to make a great band. Over the period of a few months, and many auditions, Alex Lowe was discovered. WBB is Alex's first band, and he had never gigged before, so he couldn't wait get started. After some rehearsals, Winston's Big Brother became a duo.

Upon joining, Jack took over percussion, and WBB started gigging as a trio acoustic band! They made a huge dent in their home city, within a few months. But finding a bass player was proving difficult. During this time, Winston's Big Brother performed many gigs in Birmingham, as the trio acoustic band, but for WBB to rock as hard as they wanted, a bass player was a must have. Jack's friend Mark "Blue Eyes" Flight, became a great fan of WBB and displayed a lot of interest in playing bass for them. After a few auditions and rehearsals, Winston's Big Brother knew they had found the right guy to make the band complete.

Now Winston's Big Brother have everything they need to make the music they want to make! With a great set list of originals, WBB are now recording their debut album, which is being produced by the one and only Dave Scott-Morgan from ELO, who is a great friend to the band, and WBB take the pleasure of being his backing band when he plays live. This is a band that is down to earth, and sets a great, easy going, fun atmosphere for everyone to enjoy! With a great fan base of some awesome people, being at a Winston's Big Brother gig, is always a night to remember." [end quote]

One of the songs that features on the EP is the superb: "She Won't Be Lonely" , included on their debut EP, which also includes "Suffocating", "Along For The Ride", "Society" and "The Truth". All four (4) songs can be previewed and purchased via iTunes or amazon.co.uk

Winston's Big Brother are accessible via their official web site and/or these links thus: