#556: Hello ... Hello ... my old friends ... It's great to see you once again! When Michael Angelo gatecrashed the Lord's Test match between England and Australia back in 1975, little did anyone think that 38 years later his infamous hurdle over those hallowed wickets would grace the sleeve of a new album by two cricket loving Irishmen on the eve of another Ashes series.

And so it is that as we await the release of their second innings, the ably entitled "Sticky Wickets" on Monday 1st July, the ELO loving Neil Hannon [The Divine Comedy] and Thomas Walsh [Pugwash] - also known as The Duckworth Lewis Method - have delivered another wonderful cricket themed album to follow their 2009 Ivor Novello Award nominated debut. The twelve [12] song opus that is "Sticky Wickets" does what many artistes have struggled to accomplish - to produce a second album equally as good as the first yet sufficiently distinct for it to stand alone in its own right. And "Sticky Wickets" does just that!

The opening title track alludes to The Rolling Stone's 1970 album "Sticky Fingers" upon reading but upon hearing the first few notes you would think it was The Who! It's a surprising rock riff driven start to DLM II but is merely a prelude to the many different styles on offer here! "Boom Boom Afridi" follows with another nod this time to David 'Bumble' Lloyd's reference to Pakistani batsman Shahid Afridi emphatic scoring style, a perfect partner to "Meeting Mr. Miandad" if ever there was one! Lead single "It's Just Not Cricket" follows on, a quirky string laden ditty and an instant foot tapper with a certain guest 'vocalist' and fourth in the order is "The Umpire" - a superb ode to the life of the downtrodden cricket referee. The fifth track is my personal favourite "Third Man" - another string laden piece of perfect cricket pop that sounds more like ELO [than ELO ever were!] with twelfth man Daniel Radcliffe adding his monologue for the daydreaming out of favour cricketer. 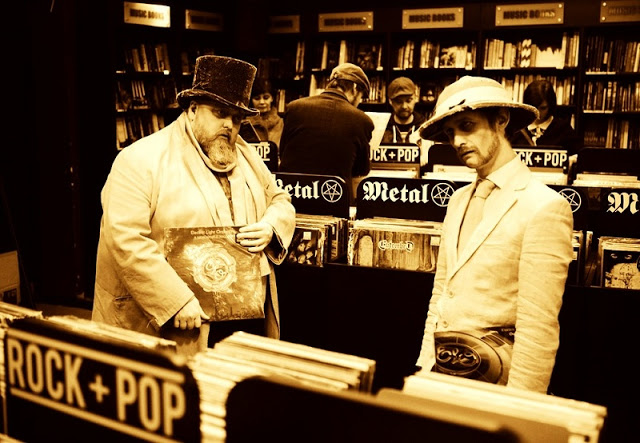 A little light music follows with the instrumental "Chin Music" before another change in style arrives with the middle order "Out In The Middle" which, to this writer, sees DLM cleverly combining Pink Floyd and David Crosby themes into a philosophical pearler. Next up is another game changer as Messrs. Hannon and Walsh recreate The Art Of Noise with "Line And Length" whilst explaining bowling theorem in a funky bass driven dance number. Totally unexpected! "The Laughing Cavaliers" brings a touch of Monty Python to the crease before we hear "Judd's Paradox" with the rich, amiable voice of Stephen Fry musing over the seeming paradox between the love of cricket and the effect of Empire. "Mystery Man" is a stomping rock 'n' roll track with a very clever stream of bowling terminology prose. Last man is "Nudging And Nurdling" - a song with multiple accents citing those immortal words building up to a closing, anthemic finale.

So there you have it. A triumphant return to form from The Duckworth Lewis Method with an album again very much influenced by their love of ELO and Jeff Lynne yet with many surprises. Let us also not forget the lush guitar contributions of Pugwash shipmate Tosh Flood here either. Who else can produce such an excellent set of songs with cricket as the theme but influenced by the likes of: ELO, The Who, The Art Of Noise, Monty Python [and a whole host of others]? The answer is to go buy: "Sticky Wickets" for yourself and enjoy finding out the answer. [8.5/10] 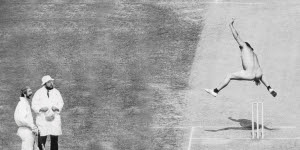 As mentioned above, "Sticky Wickets" by The Duckworth Lewis Method is out on Monday 1st July. Here are some useful links for ordering either the CD and/or LP formats:

Extras: Don't forget that The Duckworth Lewis Method are on tour in the UK between July and September. Details can be found within this ELO Beatles Forever article thus:

ELO Beatles Forever [ELOBF] recommends "Sticky Wickets" by The Duckworth Lewis Method to all folks who enjoy the music of ELO/Jeff Lynne, Roy Wood, The Move, The Idle Race, 'Brum Beat', The Beatles and related artistes.