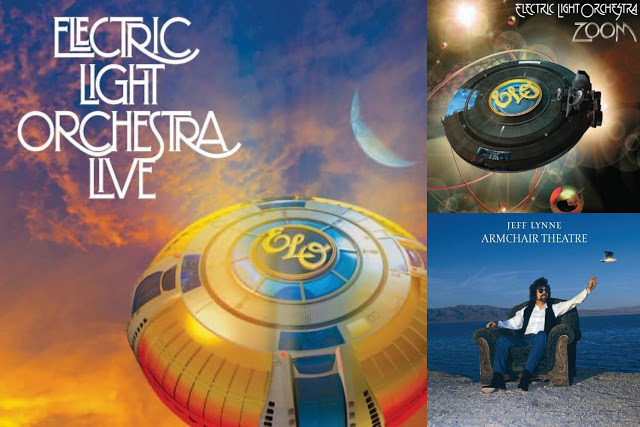 #560: Hello ... Hello ... my old friends ... It's great to see you once again! It appears that the folks over at Plastic Head are now stating that their trio of ELO/Jeff Lynne 140 gram double album [2LP] coloured vinyl releases that were originally scheduled for release on Monday 27th May and then Monday 17th June and then Monday 8th July have now been further delayed by another two weeks to Monday 22nd July according to Plastic Head.
Let Them Eat Vinyl are continuing to quote the release date as Monday 17th June but "Armchair Theatre" and/or "Zoom" and/or "Live" are still available to pre-order via Plastic Head priced at just £20 each [plus P+P]. All three releases can be pre-ordered via these links thus:
www.plastichead.com/LETV098LP/jeff-lynne-armchair-theatre/blue
www.plastichead.com/LETV097LP/elo-zoom/white
www.plastichead.com/LETV096LP/elo-live/red
Until next "Time" in the ELO [and related] Universe ... KJS ... 28-June-2013
Posted by Keith J Sinclair at 18:54