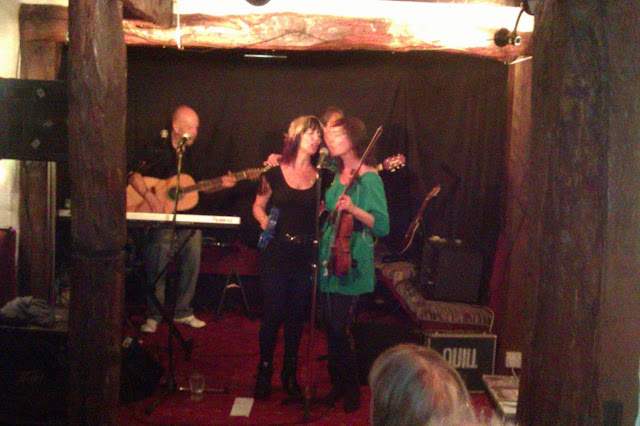 #547: Hello ... Hello ... my old friends ... It's great to see you once again! Long before I heard the sublime vocals of: Joy Strachan-Brain during the Made In Brum tour earlier this year, I'd been meaning to go, see and hear a band that I'd heard a lot of good press about and that band was Quill. And with gigs coming up at The Robin 2 on Sunday 7th July] and Lichfield Garrick on Wednesday 9th October] - amongst not a few others - I had the opportunity this last week to witness the stripped down version of Quill at what is fast becoming a regular haunt for Yours Truly KJS: The Queen's Head at Wolverley. 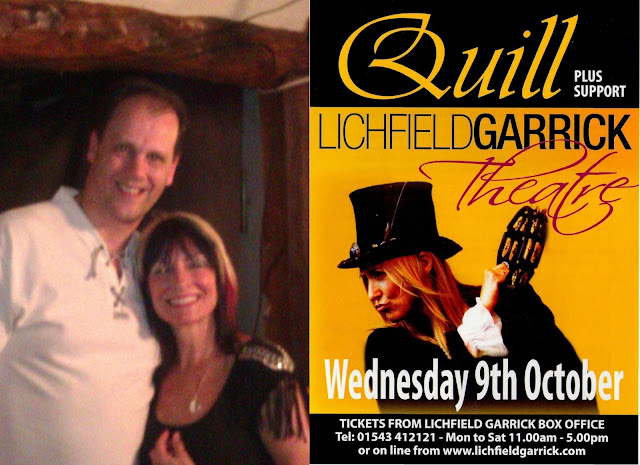 And so it was that this four [4] piece Quill produced a fine set that comprised mainly their Celtic folk/rock flavoured acoustic interpretations of classic songs by the likes of America, Kansas, Amy MacDonald, The Waterboys, Steve Earle, REM, Graham Nash and not a few others plus one of their own compositions entitled "Eat Your Words". Of note also was their cover of the Don Gibson song "Sea Of Heartbreak" - which was also a regular in the solo sets of the late, great Kelly Groucutt and "Orange Blossom Special" - an early live ELO favourite, of course.

Set list: Ventura Highway ~ Boat On The River ~ Closer To Fine ~ Everybody Knows ~ Duelling Banjos ~ Dust In The Wind ~ Don't Give Up On Me ~ Mr. Rock 'n' Roll ~ Eat Your Words ~ Galway Girl ~ Teach Your Children ~ Bus To St. Cloud ~ Fisherman's Blues ~ Losing My Religion ~ Horse With No Name ~ Sea Of Heartbreak ~ Raggle Taggle Gypsies ~ Orange Blossom Special ~ When I'm Dead And Gone

It is important to remember that: Quill are not just a covers band. Their release roster includes eight [8] albums to date [and other merchandise] plus their marvellous new EP entitled "England" - which contains three [3] excellent original tracks - penned by the much-missed late Ben Brain - including the patriotic and anthemic title track coupled with "Tumbling Years" and "Twister". The CD is available at gigs and from their bands official web site and/or you can buy the tracks in part [£0.69] or the whole EP [£2.07] as a download from amazon.co.uk thus:

Quill are not only actively touring the Midlands, they are also playing in the South West and Jersey! Why not check out their Gig Guide? Here are selected Quill dates for you to peruse thus: