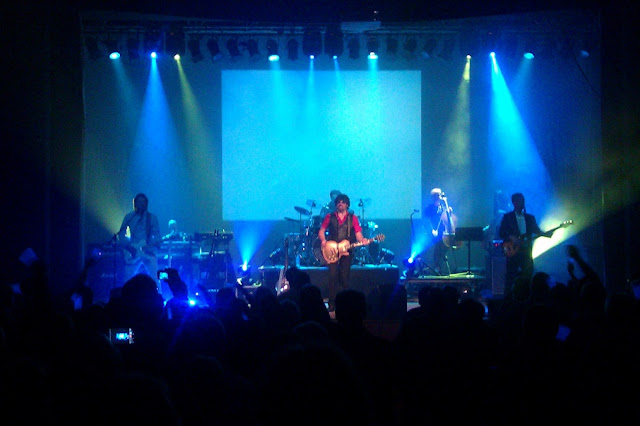 #562: Hello ... Hello ... my old friends ... It's great to see you once again! You really shouldn't miss a gig by The ELO Experience if and when they roll into your "Down Home Town" ... and so it was on the night of Friday 28th June when the Hull based ELO tribute band rolled into Wolverhampton's Wulfrun Hall as part of their 2013 "Mr. Blue Sky" Tour.

In many respects, this band have grown and continued to mature upon every occasion that Yours Truly KJS has witnessed their craft in reproducing the sound and imagery of the Electric Light Orchestra on almost every provincial theatre stage in the UK over the last few years or so - the the degree that they have now been recognized as the official #1 winner of the National UK Tribute Awards 2013 which are being held this year at the Lichfield Garrick between Wednesday 30th October and Saturday 2nd November. 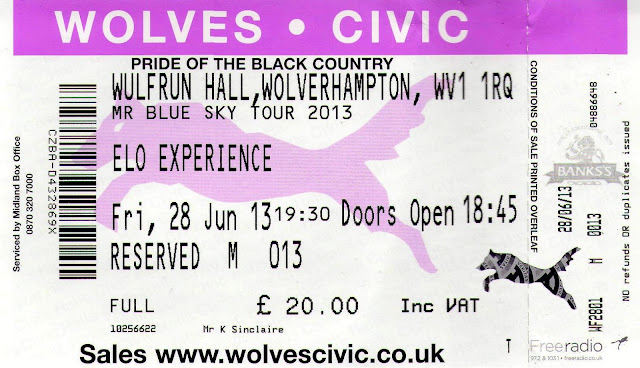 My latest ELO Experience gig was a revelation. This time around the band were in the company of not only a superb, improved lighting set but also some mightily impressive projected ELOesque imagery behind them. The bands accurate rendition of "Strange Magic" as followed by what was, for me, an emotional performance of my fave ELO song "Can't Get It Out Of My Head" that, coupled with "Latitude 88 North" was the highlight of the first half of the set, not forgetting the wonderful LEGOesque animation accompanying "The Diary Of Horace Wimp". 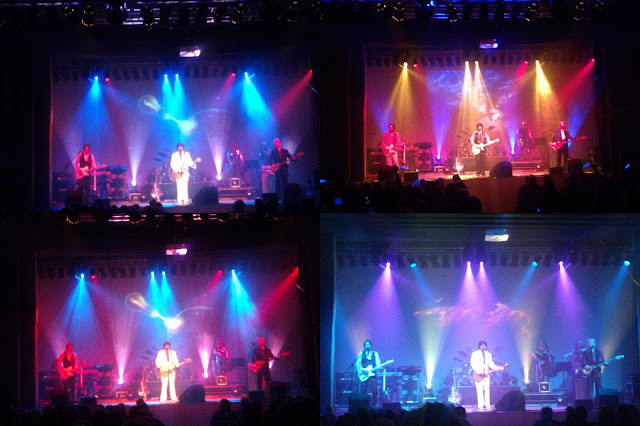 Yet better was to follow. The second half of the set commenced with the familiar "Standin' In The Rain" and sublime "Big Wheels" and continued with many of the crowd pleasing, foot tapping ELO stompers with the welcome addition of "10538 Overture" and I thought that at the end of the gig that an encore of "Mr. Blue Sky" would finish the evening. But I was kinda wrong. The band returned to the stage after "Don't Bring Me Down" and I struggled to believe my ears as the first encore song "Summer And Lightning" was played out in full before "Mr. Blue Sky".

To their great credit, this fantastic ELO tribute band performed the whole of: "Concerto For A Rainy Day" in two halves to bookend a remarkable second half set which let me in raptures. To hear any ELO music live these days is a rare opportunity and to hear the likes of "Latitude 88 North", "Big Wheels" and "Summer And Lightning" [for the first time] live was just plain awesome for this writer! This professional, ever improving act deserve much congratulations for what they do.

Why not check out our previous eight [8] gig reviews featuring the The ELO Experience here at ELOBF and [while you're doing that] you can check out their official web site for their latest tour date info thus:
ELO Experience Tour Dates
ELO Experience web site
ELO Beatles Forever [ELOBF] recommend The ELO Experience to those enlightened folks who enjoy the music of ELO, Jeff Lynne, Roy Wood, The Move, The Idle Race, 'Brum Beat', The Beatles and related artistes.
Until next "Time" in the ELO [and related] Universe ... KJS ... 30-June-2013
Posted by Keith J Sinclair at 15:00