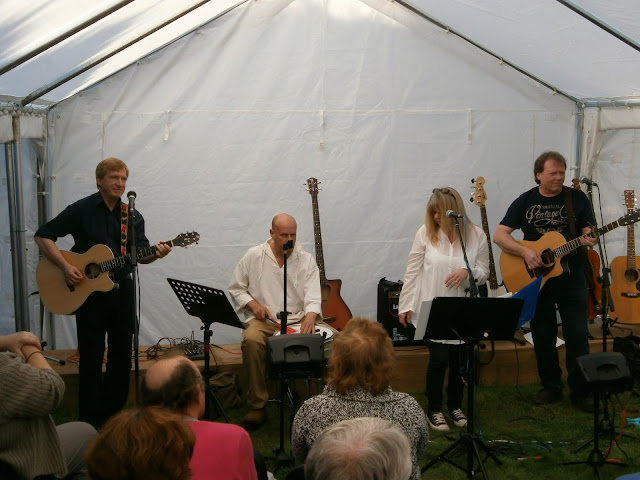 #540: Hello ... Hello ... my old friends ... It's great to see you once again! Although now departed from the project, it was Tony Kelsey of The Move, Made In Brum and Robert Plant fame who first introduced me last year to Birmingham based folk band Red Shoes as they prepared for the release of their second studio album "All The Good Friends" - which also featured appearances by Bev Bevan (The Move/ELO) and Bill Hunt (ELO/Wizzard) amongst other notable guests. 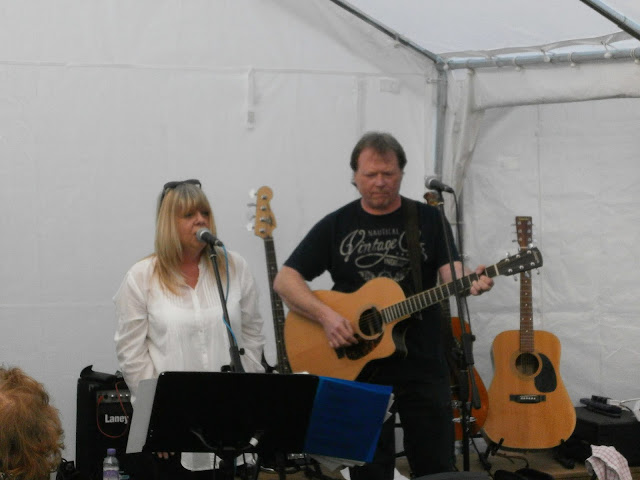 Their follow-up to "Ring Around The Land" duly arrived in November 2012 to much critical acclaim. Hence whilst the band were headlining a fund raiser for worthwhile charity support4cancer.org.uk @ The White House in Dudley on a (rare) sunny Sunday in May, I made the short journey from ELOBF HQ to both meet up with the quartet and also hear them perform their six song set to close out a very successful event.
The quartet delivered a wonderful exposition of rootsy folk music yesterday comprising the songs "The Well", "If This Is Life", "Celtic Moon", "The Last Dance", "Speed of The Sound of Loneliness" and "Swansong" with the finale being a full stage of participating musicians playing and singing their way through the Fairport Convention classic "Meet On The Ledge". My first impression of their live performance is that they are very comfortable with each other and at home in an acoustic setting with minimal amplification. It was indeed an enjoyable mini-gig and a nice taster of their full live set which I hope to witness in the near future. 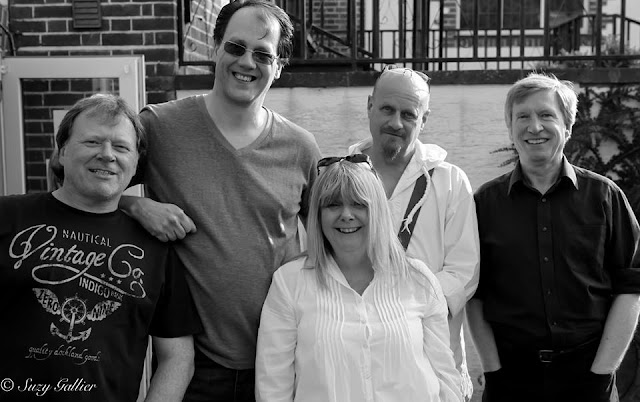 Check out my review of "All The Good Friends" for ELOBF and their official website for further details of the band and their tour schedule thus: