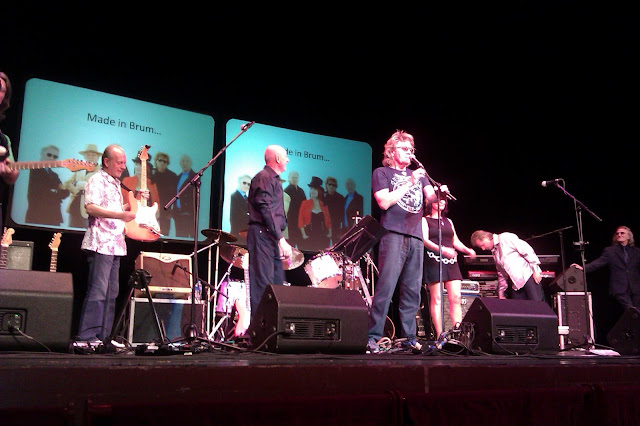 #543: Hello ... Hello ... my old friends ... It's great to see you once again! Despite the announcement that Geoff Turton would be absent from the show that night, the arrival of the supremely successful Made In Brum show - featuring Jasper Carrott, Bev Bevan, Trevor Burton, Joy Strachan-Brain, Danny King, Tony Kelsey, Phil Tree and Abby Brant on Saturday 25th May at Wolverhampton Grand Theatre was indeed well worth the anticipation. 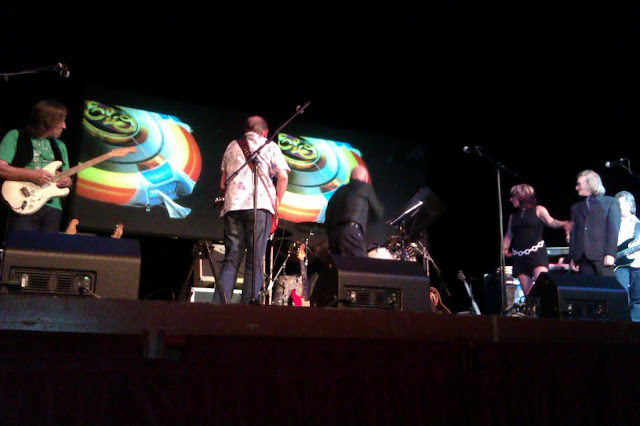 From the opening notes of the opening Midlands music medley through to the encore of "Blackberry Way", this wonderful new production turned out to not only be a select few of Brummie superstars gracing the stage with their interpretations of the musical output of the Second City, it was also their tribute to those Rock 'n' Roll, Blues and Soul icons we all know and love from the Fifties onwards.

The music was ably supported by the genial comedy of the legendary Jasper Carrott, who had the audience eating out of his hand on not a few occasions as well as taking lead vocals on "All Around My Hat". The effortless percussion of Bev Bevan was again the heartbeat of the gig. It was great to see and hear Bev playing an ELO song - "Don't Bring Me Down" - live for the first time since 1999. Bev's Move mate Trevor Burton provided his rasping vocals for "I Can Hear The Grass Grow" which was contrasted later in the set by a superb rendition of "Drift Away". But for me, the highlight was his absolutely outstanding performance of "Hey Joe" - with a huge nod to his pal Jimi Hendrix.

Joy Strachan-Brain [from the superb Quill] provided classy vocals in the contrasting styles of Tina Turner [with "Nut Bush City Limits"] and Dusty Springfield [with "Going Back"] and was a revelation. And what can we say of the enigmatic Danny King? Only to say that he added his inspired vocals to "Save The Last Dance For Me" and was to provide one of the most moving moments of the night when he sang "My Prayer", while the projected faces of Midlands musical heroes now departed graced the screen at the rear of the stage. At least two lumps in the throat occurred when the photographs of Carl Wayne and Kelly Groucutt were displayed in the montage. 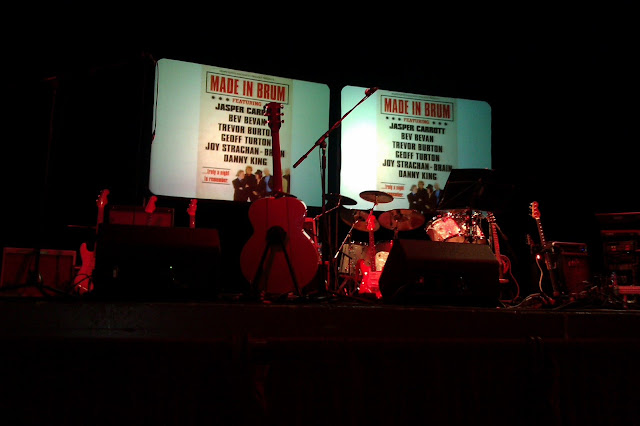 The Bev Bevan Band were superb with the vocals and sublime bass playing of Phil Tree perfect in combination with the bright and multi-talented Abby Brant on keyboards and vocals. A special mention must be reserved for Musical Director Tony Kelsey, who like any top notch arranger, not only pulled all the strands together in the many pre-tour rehearsals but also provided some absolutely sublime guitar work in support of all the artistes on show.


At the time of writing, there are just a few tickets remaining for the final Made In Brum show on Thursday 30th May at the Sutton Coldfield Town Hall.