Review: Drink A Toast To Innocence: A Tribute To Lite Rock 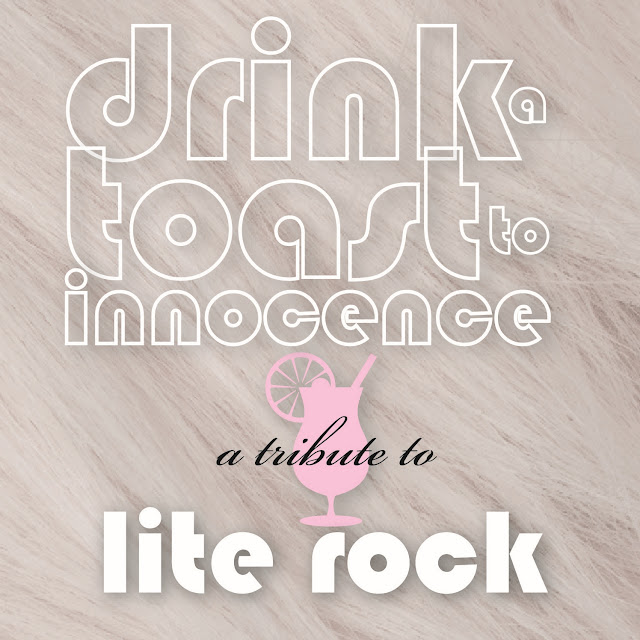 #526: Hello ... Hello ... my old friends ... It's great to see you once again! As ELO approached their commercial peak between 1976 and 1982, their many visits to the Top 40 Single and Album charts in the UK, USA and beyond meant that they were often nestled alongside some of the classic radio friendly MOR and AOR artistes and songs that we still love, even now here in 2013.

So when Executive Producer Andrew Curry conceived the idea for "Drink A Toast To Innocence: A Tribute To Lite Rock" and enlisted Associate Producer Elizabeth Racz to help him compile an album of covers of those 'Lite Rock' classics of the late 70's and early 80's, reinterpreted by the pick of Indie pop artists of the present day, it was not only a step out in faith financially but also a bold stride towards the gathering of an eclectic and appealing collection of vibrant, new versions of those songs.

"Drink A Toast To Innocence: A Tribute To Lite Rock" is an impressive testimony to the vision of Andrew from start to finish. To approach, record, collate and integrate nearly thirty different artistes is no mean feat. And it works! Included here in the impressive roster of songs and artistes are ELOBF featured David Myhr with his excellent cover of the 10cc classic "The Things We Do For Love" and Vegas With Randolph with their version of "Cool Change", originally released by Little River Band.

There are many styles evident in these interpretations, whether it be the early thrash through "Just When I Needed You Most" by The Davenports or the classy "How Much I Feel" by Kyle Vincent or the acoustic "I'd Really Love To See You Tonight" by Kelly Jones or the sublime "Baby Come Back" by Bleu. Highlights for me also include Brandon Schott's "Thank You For Being A Friend"; "On And On" [The Sonic Executive Sessions] and "More Than I Can Say" by Linus Of Hollywood.

Of special mention must also be "Steal Away" by Mike Viola which often seems to morph into "What A Fool Believes"! Every track on here has its merits but if I have to pick a favourite then I have to defer to the aforementioned 10cc tribute by that Swedish Merrymaker David Myhr. Now that the necessary monies have been pledged via the successful Kickstarter campaign, a CD [and a limited edition 2CD] of up to 28 tracks plus a limited edition LP of ten tracks will be or are now available for pre-order in advance of the official release date of Monday 29th April thus:

ELO Beatles Forever [ELOBF] recommends Drink A Toast To Innocence: A Tribute To Lite Rock to those enlightened folks who enjoy the music of ELO, Jeff Lynne, Roy Wood, The Move, The Idle Race, 'Brum Beat', The Beatles and related artistes.