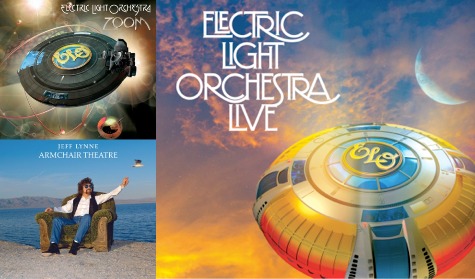 #507: Hello ... Hello ... my old friends ... It's great to see you once again! Following their successful vinyl releases of "Long Wave" and "Mr. Blue Sky: The Very Best Of Electric Light Orchestra", Plastic Head will again (via Let Them Eat Vinyl) follow the issue of the trio of new ELO/Jeff Lynne releases by Frontiers Records/Big Trilby Records in April - namely "Electric Light Orchestra Live", "Zoom" and "Armchair Theatre" - by releasing them as 2LP albums on Monday 27th May.

ELO Beatles Forever (ELOBF) understands that the first 1,000 of each title will be issued in limited edition coloured vinyl with the remainder in black vinyl. All three double albums can be pre-ordered via Plastic Head who are also taking orders for the April CD releases.