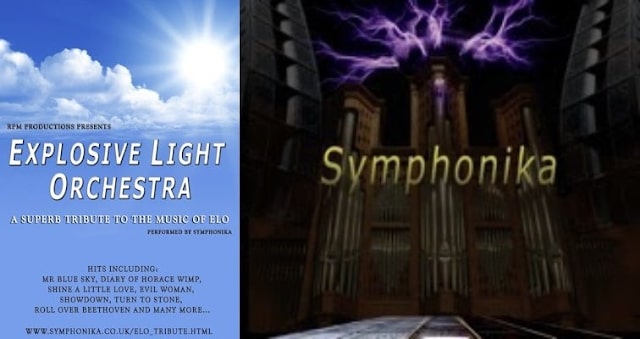 #489: Hello ... Hello ... my old friends ... It's great to see you once again! It's a measure of the successful return of ELO/Jeff Lynne to releasing new material and returning to the fore of the music scene that there is an increasing demand to hear the production values and the melodic, symphonic music of ELO live here in the UK and beyond. Yours Truly KJS recently made contact with another band who are not only looking to perform those Jeff Lynne penned songs live - but also a band writing, recording and releasing their own original music too. And the name of that band is Symphonika.

Symphonika are also known as The Explosive Light Orchestra when they take to the stage to perform the songs of ELO live. But what makes Symphonika somewhat different is that they are also right now in the studio recording their debut album of original material under the direction of legendary ELO engineer and Queen producer Reinhold Mack.

Symphonika [and The Explosive Light Orchestra] will be playing selected concerts in the UK this year as well as releasing and promoting their much anticipated Mack produced first album. Those gig dates can be found on their web site. Here are two confirmed upcoming Spring dates thus: