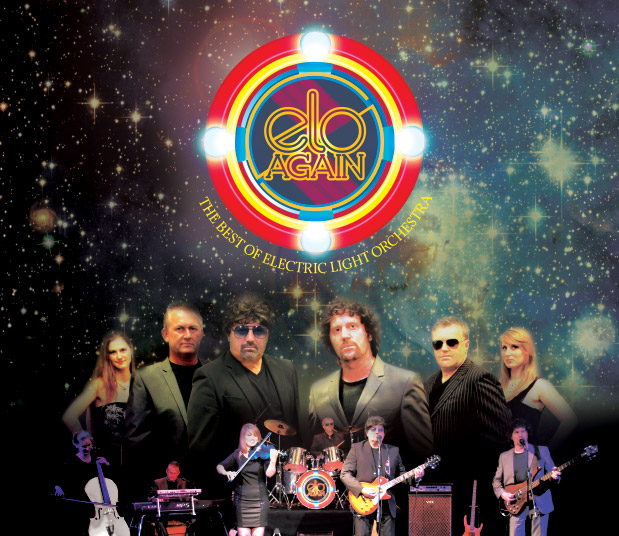 #486: Hello ... Hello ... my old friends ... It's great to see you once again! Over the last couple of decades and more lately in the absence of regular tours by The Orchestra (former members of ELO and ELO Part II), the re-issuing of the expanded ELO back catalogue and, more recently, the strong public interest in the recent return of Jeff Lynne to releasing new material, the appetite for seeing and hearing the music of ELO/Jeff Lynne live has continued to grow unabated.

Yours Truly KJS and ELO Beatles Forever (ELOBF) has always believed that there is also a place for tribute acts who do justice to the ELO sound live by recommending two such bands to date. Although one of those bands is no more, I am pleased to introduce another ELO tribute act for you to consider from South Wales and they are ELO Again.

A visit to their official website will inform the reader that this six piece band have performed throughout Europe and beyond and are now looking to establish themselves in the UK too. Having played a number of dates in Wales and England last year - and after a little bit of prodding by ELOBF - the band recently announced a gig in the ELO Midlands heartland at The Robin 2 as well as promising plenty of gigs in 2013. Find out more about ELO Again here: