Petition to Protect All Fans of Live Music 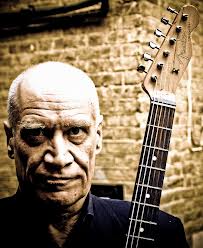 #485: Hello ... Hello ... my old friends ... It's great to see you once again! Sometimes an issue comes up in the music industry itself (or in the many businesses that are derived from it) which requires action. It was announced recently that Wilko Johnson, founding member of Dr. Feelgood (who were at one time, label mates of ELO over on United Artists Records), had been diagnosed with terminal pancreatic cancer and would be playing select number of farewell UK gigs in March.

One of the venues selected for this emotional swansong was our friends at The Robin 2 in Bilston near Wolverhampton. The tickets went on sale at £17.50 each this week and sold out within hours. Within a few more hours those self same tickets were being advertised for £79 each, with eBay and Viagogo now quoting some prices upwards of £120 each - even £167 each in one case.

Deborah Harris from the legendary Shifty Chicken Shed (who I recently witnessed supporting Dr. Feelgood at The Robin 2) saw red and has started an e-petition to muster 10,000 signatures with the goal of prompting the UK government to stop the immoral practice of the bulk buying of tickets for instant and extortionate re-selling by ticket touts and e-ticketing companies. Yours Truly KJS was pleased to be amongst the first signatories to sign the petition and and support her campaign. You can sign Deborah's e-petition by clicking on this link thus: