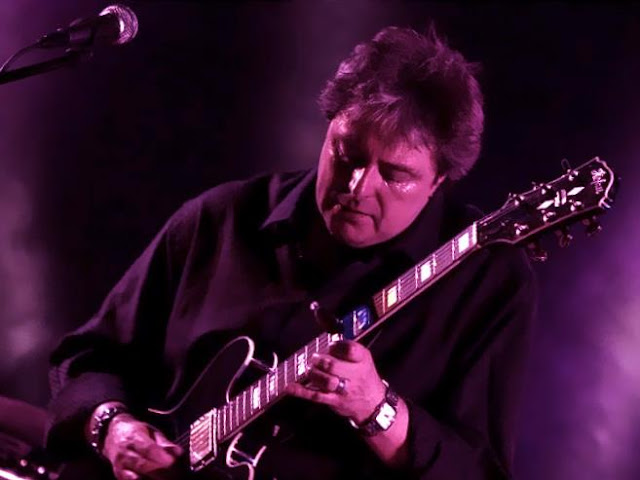 #471: Hello ... Hello ... my old friends ... It's great to see you once again! This interview for: ELO Beatles Forever (ELOBF) with one the world’s greatest exponents of both the slide and rhythm guitar: Pete Haycock - founding member of both the Climax Blues Band and Electric Light Orchestra Part Two - owes much to Deb Chabotte and the Pete Haycock Appreciation Society hence I am truly thankful for their assistance in putting this interview together.

KJS: First things first, Pete. Who were the musical heroes that inspired your early career steps?
Pete: My first influences were The Shadows, then a little later, Blues artists like Muddy Waters, Bo Diddley, Otis Rush, Jimmy Reed and B.B. King.
KJS: How and where did you meet up with Derek Holt, Colin Cooper and the gentlemen who founded firstly The Climax Chicago Blues Band, later to be the Climax Blues Band?
Pete: At the age of 14, I already had my own Blues based band called 'Mason Dixon Line'. We were supporting groups like the Graham Bond Organisation and other well known groups, when they came to my home town of Stafford. Colin Cooper, who was considerably older than myself, eventually approached me to join his 'Gospel Truth' soul band. Eventually, this band came to nothing so I suggested we played the Blues again - using my original drummer from 'Mason Dixon Line' - George Newsome - and Arthur Wood from 'Gospel Truth'. This band eventually became the 'Climax Chicago Blues Band'.
KJS: You were with CBB for seventeen years through many albums and changes in personnel. The band was a fixture on the live circuit on both sides of the Atlantic and enjoyed notable chart success particularly in the latter. But what were your personal highlights of those years with CBB?
Pete: My highlights were (a) playing Carnegie Hall in New York as second on the bill to Albert King, with T-Bone Walker opening the show and (b) having a real 'hit' with "Couldn't Get It Right", a song that I wrote 80% of ... despite the equal split of the publishing income eventually with all the other band members.
KJS: You left CBB back in ’85 ... What projects did you work on in the intervening years before you joined ELO Part II in 1990?
Pete: After leaving the CBB, I recorded solo albums and the 'follow-up' to the last Climax Blues Band album entitled: 'Pete Haycock's Climax'; I also began work on "Guitar & Son", an instrumental album for Miles Copeland's 'No Speak' label, and toured Australia and the Far East with my own 'Pete Haycock's Climax Band'. Parallel to this, I was working with composers like Hans Zimmer for "Thelma & Louise" and other movie projects. 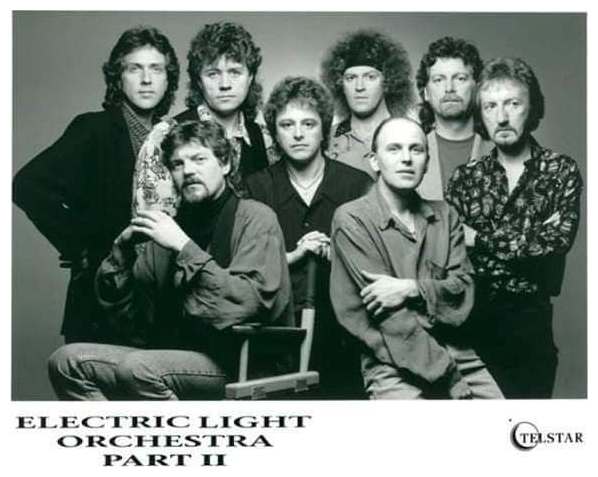 KJS: How was Pete Haycock persuaded to join Bev Bevan in relaunching ELO as Part Two? What appealed to you about the project at that time?
Pete: Bev Bevan called me personally and said he remembered playing with Climax Blues Band as ELO support in the 70's. I said I would be interested in joining his new band, but only if I did not have to 'replace' Jeff Lynne. He agreed and my job became lead guitarist, with Eric (Troyer) and Neil (Lockwood) doing most of the lead vocals.
KJS: Personally, I really rate the songs you co-wrote with Bev for the debut ELO Part Two album: “Once Upon A Time”, “Heartbreaker” and particularly “Easy Street” (not forgetting “Love For Sale”). Did you adapt your song writing style for Part Two or was it the same as with the Climax Blue Band?
Pete: Of course, I had to bear in mind that I was now writing for a new ELO project but I adapted my style as a composer only so far as to accommodate Bev's lyrics. The demos for these songs were made in my own home studio (including myself playing synthesized strings, which were largely just copied by Lou Clark eventually for a real orchestra to play). 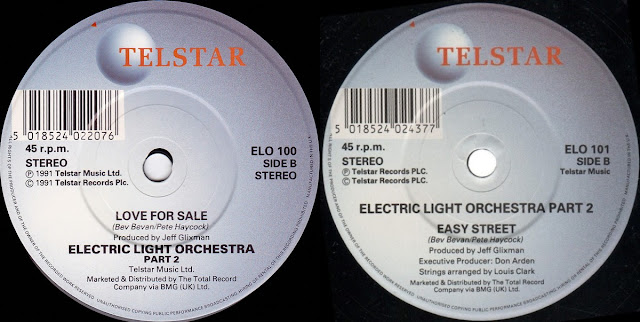 KJS: How did you find it playing all those Jeff Lynne penned songs live?
Pete: I was more impressed by Jeff's writing the more that I played those songs. He was a true innovator despite the comparisons with Lennon and McCartney.
KJS: And what was it like performing with the 80-piece Moscow Symphony Orchestra backing you? Was that indeed your personal highlight while you were with the band or was there something else?
Pete: I would say that it was a highlight indeed! 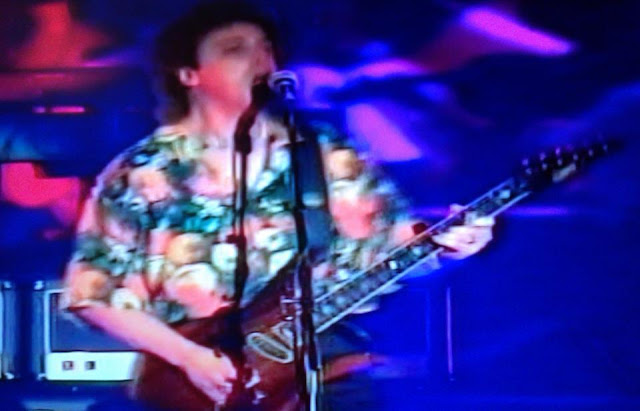 KJS: I saw you perform with ELO Part II a few times, at the NEC (twice) and the London Hammersmith Odeon. You, Eric and Neil seemed to blend effortlessly with Kelly, Lou, Mik, Hugh and Bev. What are your abiding memories of the much-missed Kelly Groucutt and the other band members?
Pete: I enjoyed my time with those guys very much indeed. As for Kelly, he was a lovely, down to earth lad, albeit sadly with a slight chip on his shoulder due to his being used somewhat badly by the band earlier. He was a fellow "Black Country" Midlands bloke - just like me - and we were good friends, almost from 'day one'. I can't really believe that he has gone. Bless him!
KJS: I have to ask this question too. How did you find Don Arden to deal with back in the day?
Pete: Don Arden was an old fashioned, arrogant old slob in my humble opinion. His attempts at behaving like a 'Godfather' were laughable. His bad treatment of many people including myself, but also several important business contacts who had invested much time and money in the bands future, led to heartbreak and business disappointment. This came to a head when Don started to demand silly money for the band to play very important promotional TV shows in Europe. I know of at least one company who eventually were bankrupted thanks to his greed and stupidity. I would estimate that he alone caused the failure of ELO Part II.
KJS: You left Part Two in 1992. Please tell me how you came to begin a successful career in score writing for film soundtracks?
Pete: I had already been working on Film and TV music. I had played on film scores for Stewart Copeland and Hans Zimmer during the period when Bev and I were first working together on ELO Part II.
KJS: Will you be bringing ‘Pete Haycock’s True Blues Live’ back to UK shores soon?
Pete: I doubt it. The band no longer exists as such. Let us see.
KJS: How can your long time admirers in the ELO fan base find out what you are up to now and in future days?
Pete: Maybe check with www.petehaycock.com?
KJS: Now finally, here is the question that I always ask next when interviewing for ELO Beatles Forever. What are your personal favourite ELO and Beatles trax and why?
Pete: What a silly question! "Telephone Line" is a nice production and has a fine, soulful lyric. As for The Beatles, there are way too many highlights to choose one song.
KJS: I would like to take this opportunity to thank you Pete for taking part in this interview for ELO Beatles Forever.
Pete: Thank you, Keith!

ELO Beatles Forever (ELOBF) recommends Pete Haycock - his projects and collaborations - to those enlightened folks who enjoy the music of ELO/Jeff Lynne, Roy Wood, The Move, The Idle Race, 'Brum Beat', The Beatles and related artistes.