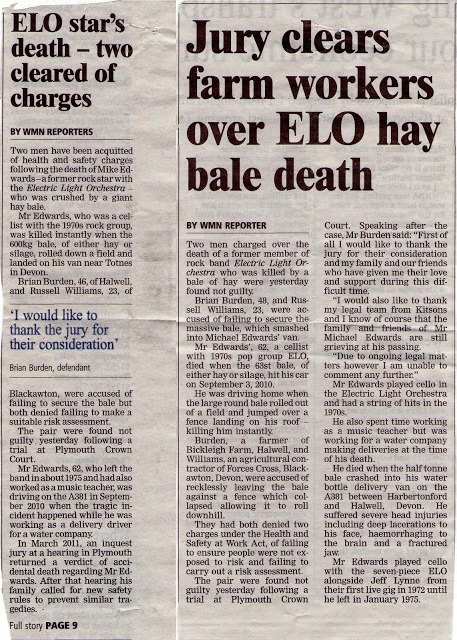 #452: Hello ... Hello ... my old friends ... It's great to see you once again! A somewhat surprising verdict has been reached in the trial at Plymouth Crown Court with respect to the untimely and unfortunate death of former ELO cellist Mike Edwards (above left). After two days of considering their verdict, the jury cleared defendants Brian Burden and Russell Williams of the two Health and Safety charges brought against them after a rogue hay bale rolled and then crushed the cab of a vehicle being driven by Mike on the A381 in September 2010, killing him instantly. This report from BBC Devon was published earlier today thus:

ELO Beatles Forever (ELOBF) has actively followed this case to its conclusion and wishes to support Mike's family in calling for new safety rules for hay bale storage to indeed be put in place soon so that this kind of tragedy does not happen again. 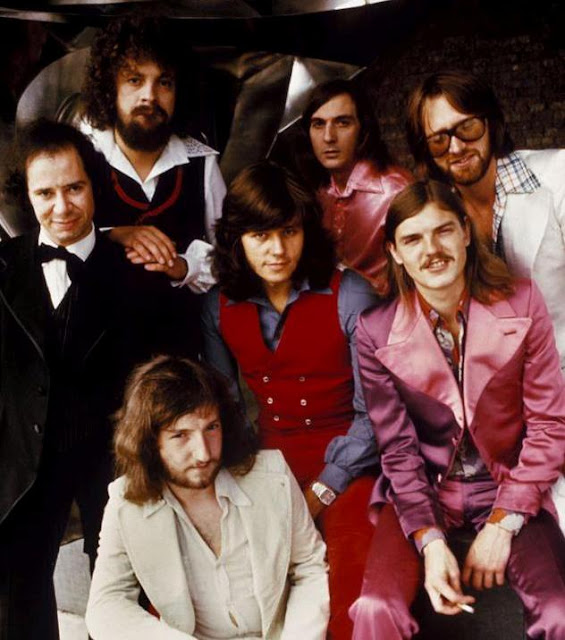 Yours Truly KJS and ELO Beatles Forever (ELOBF) would also like to put on record our thanks to my friend Pete Reynolds down in South Devon for his input into my series of articles on the case, as summarized in this ELOBF posting last week:
New Developments in Mike Edwards Case #5