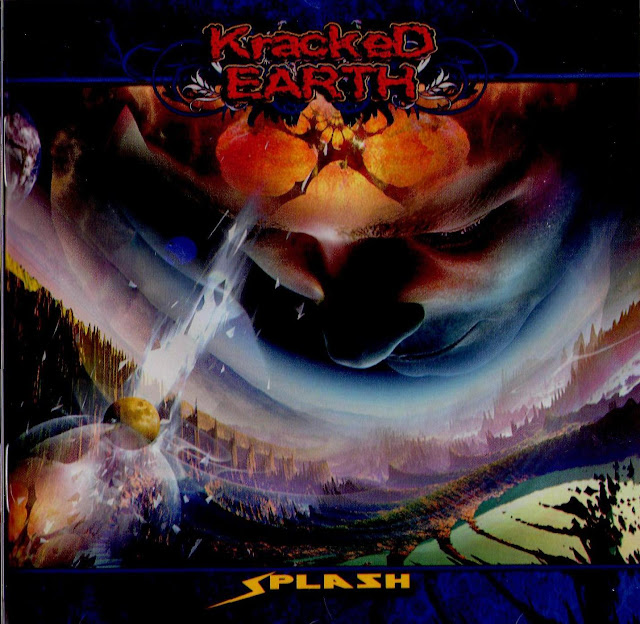 #459: Hello ... Hello ... my old friends ... It's great to see you once again! There are positives and negatives about Facebook. One of the positives is that I met Martin Kinch of that excellent Roy Wood (and related artistes such as The Move, Wizzard and ELO) web site Cherry Blossom Clinic there. But the benefit is doubled when one considers that I also crossed paths with Martin's extremely talented brother Andy Kinch too. Andy previously worked with the late, great ELO bassist and vocalist Kelly Groucutt on his 1998 release entitled: "Andy's Diner" with his song "Everlastin' Love" and he has just written the newly released debut album of his present band Kracked Earth, interestingly entitled "Splash" - and is self-described as "recorded via the internet for the internet age!" 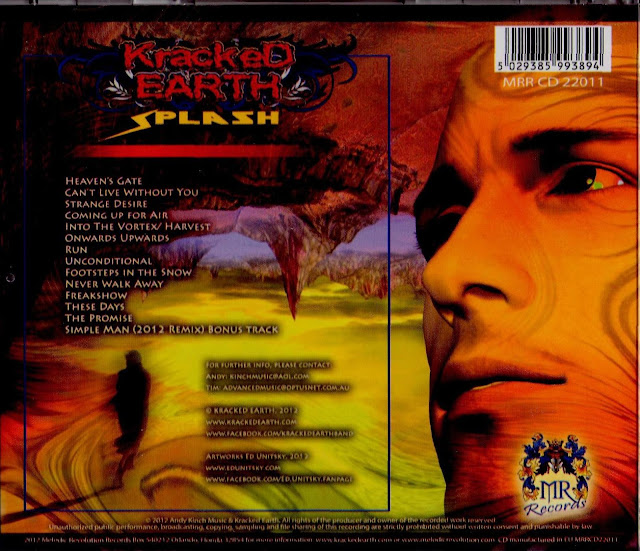 "Splash" - an album which was recorded on three continents yet written over five years between 2007 and 2012 - is a rock extravaganza par excellence that, as all good albums do, impresses upon the very first listen. From the opening string laden intro on "Heaven's Gate" to the concluding 2012 'Remix' of "Simple Man" (the original version can be found on the aforementioned "Andy's Diner"), this whole album of Kinch written songs and lyrics which vary in style and tempo but deliver that long-lost classic repertoire of thoughtful lyrics (laden with commentary, encouragement, angst, love and hope), driving rockers, instrumental solos and ballads that this writer hasn't even wanted to listen to for a very long time. But he does now! This is one of those albums that needs must be heard.

At over an hours length there really are some great songs on here. Andy has stated that "Strange Desire" was written just after the death of Kelly Groucutt and besides being ELOesque, it would have suited Kelly's vocal talents. Some of the tracks could be Whitesnake yet some could be John Farnham, such is the range of the compositions on here. The thumping rock of: "Run" grabs your attention while the Celtic-tinged "The Promise" and the beautiful "Simple Man" are sublime and very much in that 'chill-out' zone. "Into The Vortex/Harvest" enters into the Pink Floyd and progressive rock arena whilst "Onwards Upwards" and "Freak Show" could be defined as soul and "Footsteps In The Snow" is just plain marvellous to the ear. This album should satisfy every kind of music lover, ELOnorak or not! 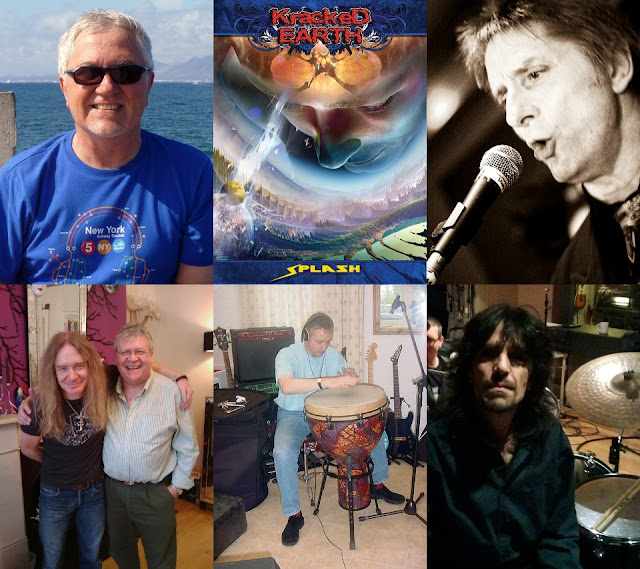 "Splash" by Kracked Earth will be available via iTunes, amazon.co.uk, CDBaby and other music outlets from Tuesday 27th November and can be purchased via these links thus: